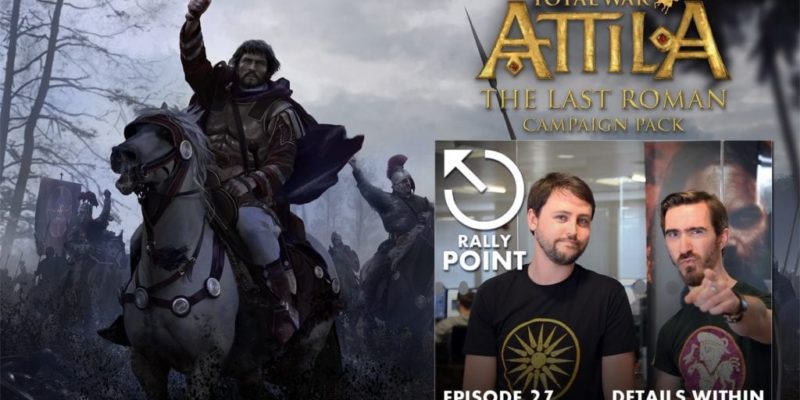 It’s all about the campaigns and conquests of the Roman general Belisarius, based 150 years after the start of the main Total War: Attila campaign. The Western Roman Empire has fallen, but the Eastern Empire is just about holding on; and Emperor Justinian has sent his man Belisarius to sort out the Vandals in North Africa.

The campaign map for The Last Roman is said to be “almost as big” as the main Attila one, but focused purely on Africa, Italy, Spain and France.

The title itself, ‘The Last Roman’ was given to both Belisarius and his Emperor, Justinian, as a retrospective admission that this is really the last great Roman era in history. From this point onwards, the Eastern Roman Empire begins to be talked of as the Byzantine Empire instead, ushering in what is popularly known as the medieval period.

In the expansion, Belisarius’ group will act as an ‘expedition,’ which is described as being a bit like the ‘horde’ in the main Attila campaign. However, there are substantial differences too. Occupying a region will allow it to be re-claimed and re-taken for the Roman Empire. You also have the option to break off from the Roman Empire (and history,) settle down and declare yourself to be a kingdom.

There will also be an option to use diplomacy to re-form the Western Roman Empire (if certain unspecified conditions are met.)

Belisarius’ chaps will obviously be one playable faction in this campaign. Four others are mentioned in passing (not by name, just by number) in the video below. Skip to around 1:40 if you want to get straight to the Last Roman section.

The expansion is due for release on 25 June. I didn’t catch a price being mentioned in the video, but similar campaign efforts for Rome 2 were in the $15.00 USD range.