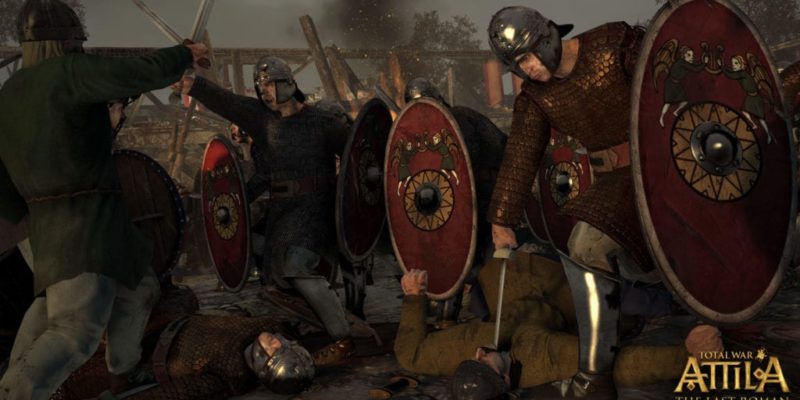 Players of Total War: Attila have a triplicate of things to watch out for this Thursday, with the release of The Last Roman expansion, some freebie (or Suebi) DLC, and a patch all coming on that day.

As already detailed, The Last Roman is largely based around the figure of Belisarius – a man charged by Emperor Justinian (ruler of the Eastern Roman Empire,) with restoring the Western Roman Empire to something approaching its former glory. That attempted conquest will take place on a new campaign map, depicting Italy, North Africa, Spain and France across 35 provinces and 100 regions.

If you opt to play as Belisarius, you’ll get to use the new ‘Expedition’ mechanics (which operate a little like the Hordes from Total War: Attila) and re-claim swathes of land for Rome. Alternatively, you might want to just declare independence and re-establish the Western Roman Empire under your own banner.

Four other factions are playable in The Last Roman; the Ostrogoths, Vandals, Franks and the Visigoths. None of whom are likely to be too impressed by the Romans showing up again on their lands. The Last Roman will be priced at $15 USD, but is slightly cheaper ahead of release.

According to this announcement thread, the accompanying free DLC will be the addition of playable Suebi to the Total War: Attila line-up of factions, plus the historic battle of Dara. In this battle, a young Belisarius distinguished himself against the Sassanid Empire.

Regarding the patch, Creative Assembly say “there is a patch coming at the same time, which will deliver various improvements to the core game.” No notes to go along with that news just yet, but they’ll no doubt appear on Thursday.