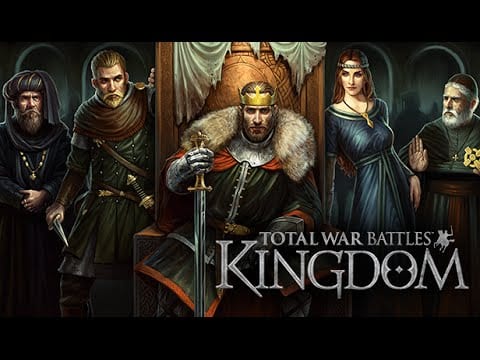 Creative Assembly are working on another game and this one’s cross-platform.

Total War Battles: Kingdom is a follow-up to the 2012 Total War Battles: Shogun and will combine realm building with large battles with players looking after their own kingdom. This new game is an “evolutionary leap in scope” according to CA when compared to their 2012 title.

You can play the game on multiple devices and this time it’s a server based game so you can play no matter where you are. This also means that there’s a lot more base building features and the base will be persistent running in real time on the game server.

Unlike Shogun, this game takes place in a massively connected world so battles will take place between thousands of other players, and the good news is that it’s free to play. Fear not though as CA state that it’s not pay to win, all units and equipment can be earned by playing the game.

The game is set at the turn of the 10th century as Europe emerges from the Dark Ages divided and at war. Players must restore their lands, recruit their army and contest the throne.

The closed beta will go live at the start of 2015 and sign-up are now being taken on the site. It looks like this could be a fun strategy romp if you’re on the move with all kinds of devices being supported

Dragon Age Inquisition Cheat Allows Characters To Swap Armors – Or Wear None, At All