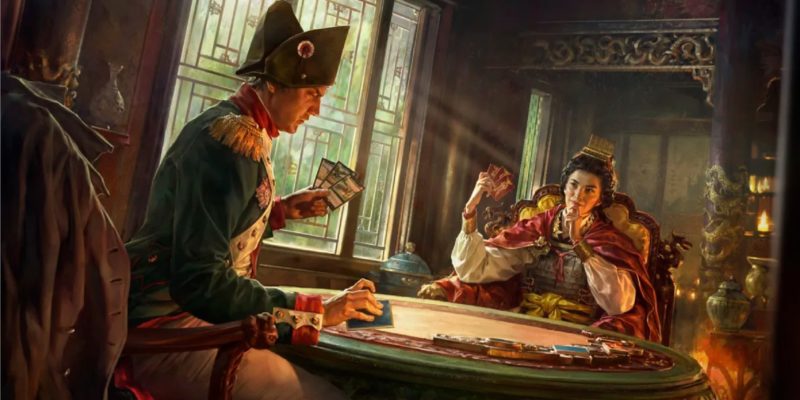 Last year, Creative Assembly announced that Total War: Elysium, a free-to-play collectible card game (CCG), was in development. Today, we finally have a glimpse of the gameplay. You can watch the video below:

At first glance, you’ll probably notice a few similarities with other titles in the genre such as Hearthstone, but Creative Assembly promises that Total War: Elysium will be quite different. First, your chosen leaders come from a variety of Total War games. For instance, we could already see a match between Napoleon Bonaparte (Total War: Napoleon) and Sun Ren/Sun Shang Xiang (Total War: Three Kingdoms). Later in the trailer, we also see Cao Cao who’s part of another match.

The generals and units (depicted as cards) may come from existing offerings under the franchise’s umbrella, but there are also others that are unique to the game itself. Likewise, future titles from Creative Assembly may lead to certain content eventually making its way to Elysium. 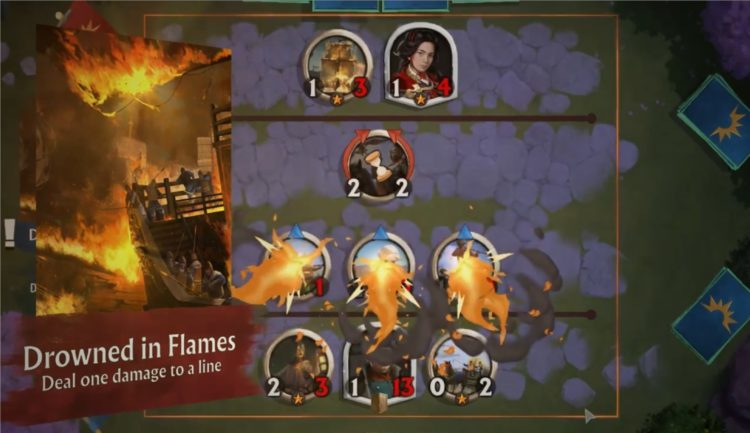 In terms of gameplay features, we’ve been told that Total War: Elysium will use the “Daybreak” mechanic. This allows you to call in your reserves in the middle of the match so you can adapt your strategy on the fly. One possible example is when your opponent already has a number of archer cards ready to take you out. In that case, you could deploy your cavalry units to smash through their ranks. The strength of unit cards can also coincide with the time of day as you progress through a match. As such, it’s possible for units to grow in strength over time, or unleash more devastating attacks on their targets.

Total War: Elysium will also have a monetization method in the form of Amethysts (premium currency). However, players can complete quests and level up while playing, and these will also net you Amethysts, gold (standard currency), and card packs as rewards. Card packs and generals can be purchased using both currency types, and cards can also be created via crafting.

It’s still unknown when Total War: Elysium will officially launch, though fans can expect around 300 cards and nine or more generals once the game is released. Creative Assembly has also noted that it will be available for PCs.

For now, though, fans can sign up for the closed beta. Do take note that the closed beta is only for Android while the developers are busy with optimizations for PC. You can also read the official FAQ for more information.

NASCAR Heat 5 revs up for release on PC in July