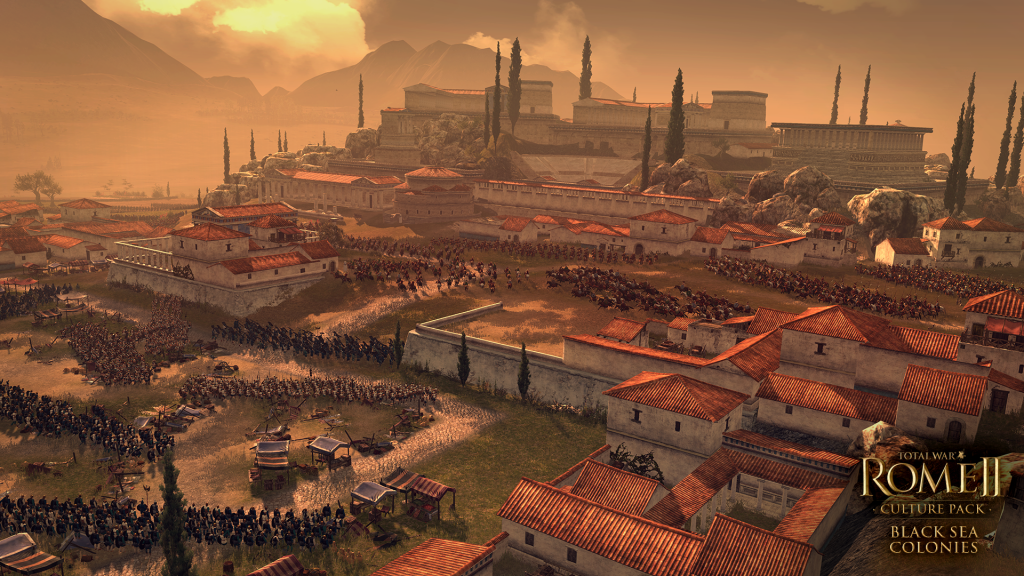 The latest Total War: Rome 2 free content introduces the Massilia and there’s lots of balancing changes in the new patch.

This latest free content addition from Creative Assembly, which is included in the new patch 16 game update, featuress the playable faction the Massilia who are situated on the north-west coast of the Mediterranean. This faction is a wealthy trading state of Greek colonists.

As well as the free faction content thrown in with the patch, the new Black Sea Chronicles Culture Pack DLC brings an additional three Greek influenced hybrid factions to the battlefields, the Cimmeria, Colchis and Pergamom. All these three factions are “culturally diverse” and have been influenced by other cultures bringing  “unique traits, strengths and hybrid unit Rosters” according to Creative Assembly.

All these new additions coincide with the release of patch 16 which comes with numerous fixes including AI adjustments, campaign/battle improvements, new unit abilities, updated costs and much more.It’s worth noting there’s a lot of balancing changes in this Total War: Rome 2 update, so if you’re still playing furiously, do check the full patch notes which have now been posted on the official wiki where there’s also further information on the three new DLC factions.

Steam will automatically update your game to patch 16 today.