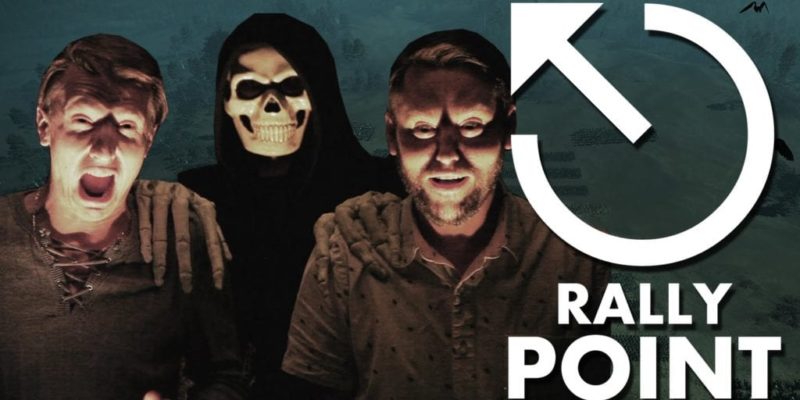 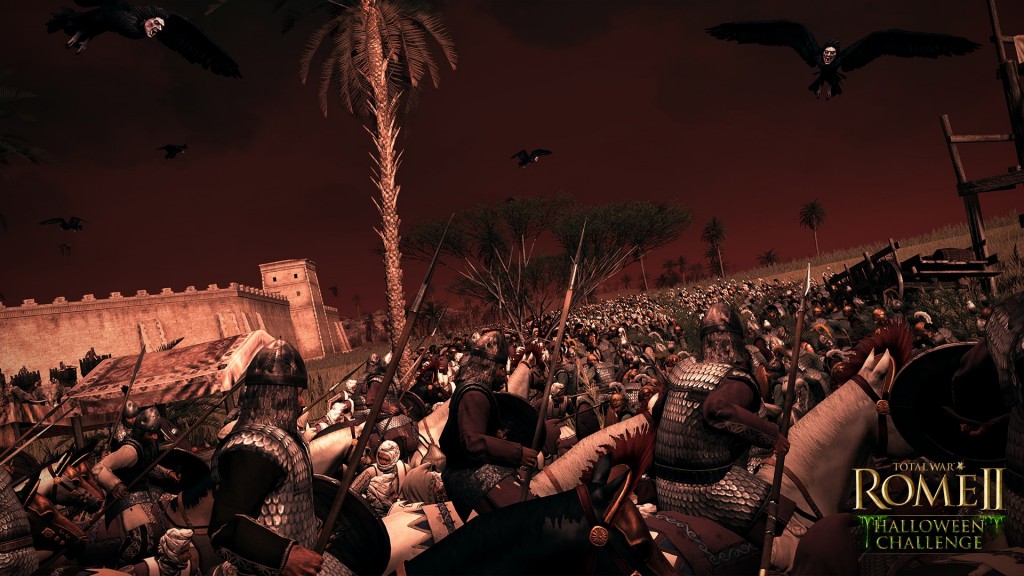 The skies will run red with blood, or a blood-like colour filter at least.

You may have noticed Total War: Rome 2 downloading an update today; it’s a freebie Halloween patch which adds the optional ‘Nightmare Mode’ to the game. If you toggle it on via the front-end menu, it’ll add a spooky-vision filter to the battlefield making it look all eerie and stuff.

Nightmare Mode also gives all Rome 2 enemy units the ‘scare’ trait (which might make battles a bit tricky,) and populates the skies with freaky Harpies. I’m not sure if the Harpies do anything besides look freaky, but you can see them in the screenshots at the top and bottom of this news piece. Maybe they periodically attack your troops, I’m not sure.

As if that were not terrifying enough, this update adds the Roman festival of Lemuria to the game. This was apparently a day where the Romans “performed rites to exorcise the malevolent and fearful ghosts of the dead from their homes,” including tossing beans around. The dead love beans, it turns out.

Information about all of this, plus a bit more about Total War: Attila and the differences between the Eastern and Western Roman factions in that game, can be found in the Rally Point video under these words. There’s a little bit of stuff about the recent Mod Awards, too.

Far Cry 4 trailer outlines the factions and modes of PvP