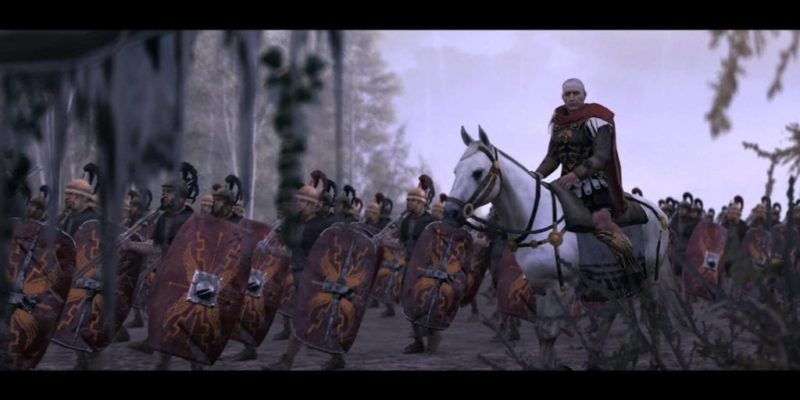 Looks like the Romans are receiving a frosty reception.

Creative Assembly has released the first full expansion for Total War: Rome 2 today, in the form of Caesar in Gaul. This DLC release is accompanied by the release of Patch 8 (notes below) and is leading up to the beta release of Patch 8.1, which should be available to sample in around two days time.

Caesar in Gaul puts you in command of either the Romans or one of the Gaulish tribes, and presents a more detailed map of Gaul to conduct the campaign on. The seven year conflict has seasons to contend with (rather than one turn per year, as the base game has) and claims to put a greater focus on historical characters. It costs $15.00 USD. Here’s a trailer.

Just to avoid any confusion, Patch 8 for Rome 2 is available to everybody who owns any version of the game, not simply to those who purchase the DLC. They just happen to be released on the same day. Here are the patch notes:

Divinity: Original Sin delivers an alpha to its Kickstarter backers