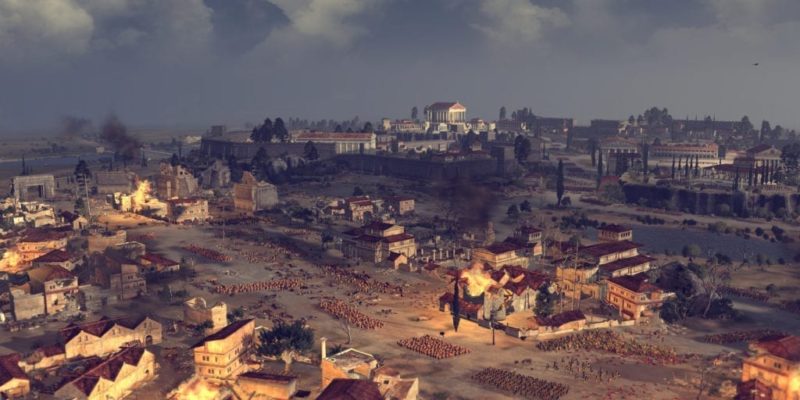 When players datamined the upcoming DLC for Total War: Rome 2, it kept everyone on the edge of their seats. After all, the earlier time period when Rome was but a fledgling republic was rarely explored in the Total War franchise. A few days passed and we learned that the campaign pack will be known as Rise of the Republic, out today.

It features Rome’s earliest days battling city-states such as Syracuse and Italian tribes like the Samnites. Oh, and players can also choose the Senones, a tribe of Gauls under Brennus, to sack the Eternal City.

That wait is over now with the release of Rise of the Republic. The new offering will include the aforementioned factions and many others in a more detailed map of Italy and the surrounding isles. Set during the 4th Century BC, we can also expect the eventual intervention of Massalia and pre-Hannibal Carthage.

So far, community response has been somewhat positive. The Total War franchise has a dedicated player base that clamors constantly for new content and updates. There are, however, a few smatterings of discontent such as slowdowns and lag due to graphical tweaks as well as enemy army AI. For instance, one player cited that enemy tribes just kept besieging and sacking cities, then running off. That’s pretty much a given historically, though it’s a major annoyance to deal with in a game.

Alongside the Rise of the Republic campaign pack, Creative Assembly included the Ancestral Update. The update aims to overhaul Rome 2‘s dynastic/family trees. Players will now be able to do Intrigue actions to subvert opposing political parties and boost their own repute. Marriages received an overhaul, and couples can now make more babies to continue the dynastic line. Agents and generals have also received some tweaks. Their abilities are now more faction specific than before.

The Ancestral Update is available for all owners of Total War: Rome 2.