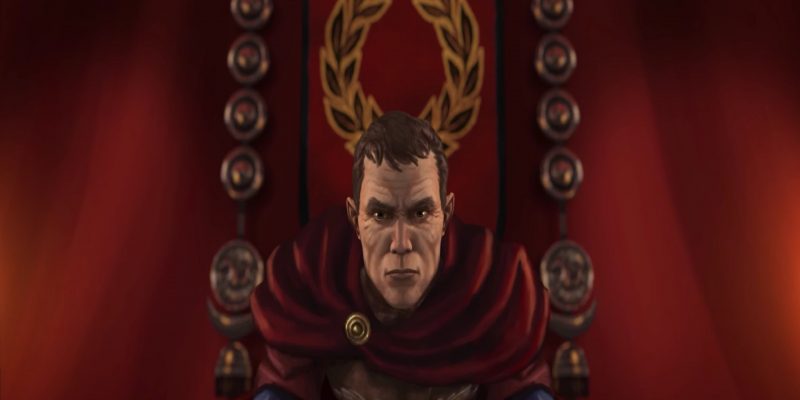 With dozens of factions available, Total War: Rome Remastered lets you kickstart your conquests with a plethora of options. Still, there are those that can be a boon to use, often letting you lead the pack during your campaign. Conversely, others might prove to be cumbersome and challenging. Here’s our guide to help you with the best factions in Total War: Rome Remastered. Please bear in mind that my opinions here are based on what I’ve seen in the remastered version and my own preferences when I played the original many years ago.

Well, the empire itself is in the game’s title, so you know that the Romans are the stars of the show. There are three clans here: the Julii, Brutii, and Scipii. Among these, I would suggest the Julii for newcomers. The in-game tutorial gives you the gist of the campaign’s basics, and expansion is fairly straightforward since you’re going up against the Gauls.

If you do wish to take on an extra challenge, you can go with the Brutii. Your primary objective is to capture the cities held by the Greeks. These settlements are actually richer compared to those in Gaul, which means you’ve got the foundations of your empire ready.

As for the Scipii, I’m actually averse to playing as those fellas. I think it’s primarily due to having Carthage as your main nemesis. You’d end up traveling to far-flung places in North Africa and Spain which can pose issues for easy expansion.

Note: Roman factions have access to the Marian Reforms later in the campaign. Your early-game triarii and hastati will be replaced by powerful variants such as the legionary cohort, praetorians, and more. Some of my favorite moments include activating the testudo formation while standing on chokepoints or bridges and watching as my opponent’s numbers dwindle. Bar none, my favorite faction in the original release was Egypt. This was because it was notorious for having a historically inaccurate roster, one that eschewed the Hellenistic influences of the Ptolemaic Dynasty in favor of bygone, Bronze Age tropes (i.e., muscular soldiers in loincloths, chariots, and camel troops). Still, this uniqueness was what made Egypt stand out for me back then.

Rapid expansion as Egypt is still possible in Total War: Rome Remastered. You’ll want to eliminate Palmyra and the Seleucids while keeping Numidia and Carthage in check. A notable change here can be seen in the auto-resolve system if you select the remastered settings (which heavily nerfed Egypt’s units). There are instances when your chariot spam, something that Surtha Ek from Total War: Warhammer would envy, wouldn’t always lead to crushing victories.

Note: If you’re a newcomer and you’d like to experience what the Egypt of yore was like, I suggest choosing the classic settings instead of the remastered ones. Either play as Egypt, or pick another faction and watch the AI trample this mighty kingdom’s rivals. Another favorite of mine is Germania. To be fair, one reason why I avoided playing as barbarian-type factions is that I knew I’d have to go up against the “civilized world” one day, and Rome with the Marian Reforms unlocked is a brutal opponent.

Still, one key factor that kept Germania ahead was its berserkers. Place them at the flanks and let your other troops (i.e., spear warbands) pin enemy units in place. Once ready, pounce on your opponent from the flanks or behind using your berserkers. They’ll fly into a rage, laying waste to everything in their path. I did say that I wasn’t a huge fan of barbarian factions, but I guess I can make an exception for both Germania and the Britons. In the latter’s case, this is primarily due to the faction’s position on the campaign map. You’re situated at the northeast corner of the map. Once you control modern-day Ireland, Gaul will be your next target. If you can keep Germania off your back, then conquest is often assured.

The Britons have a mish-mash of skirmishers, regular infantry, and chariots (which, similar to Egypt, have also received nerfs). Still, if you can hold keep your foothold in continental Europe, you should be able to expand in due course. Among the non-Roman factions in Total War: Rome Remastered, I feel that the Seleucids have the most robust unit roster. You have everything from phalanxes, scythed chariots, archers, and elephants. While it’s true that other nations can field these mighty beasts, very few can actually match the Seleucids in starting territory and wealth. Carthage will end up fighting Rome too early, Parthia’s lands are too divided, and Numidia’s territories are extremely poor.

The diverse unit roster of the Seleucids often leads to more dynamic battles and tactics. If you can keep curb Pontus’ and Parthia’s ambitions, you can gobble up Egypt before it can grow into a powerhouse. The remastered settings provide some buffs to certain infantry and skirmisher units, so you can probably adjust during battles. The downside, however, is related to your experience on the campaign map.

In Carthage’s case (and why I dreaded playing as this faction in the original release), you need to cover multiple settlements dotting half of the Mediterranean Sea. That means trying to ensure naval supremacy while rivals vie for control. As for Numidia, its starting situation is much worse. Most of your settlements are poor and some are too far apart. Oftentimes, you’d spend several turns crossing the Sahara just to reach your towns. Total War: Rome Remastered is available via Steam. For more information, check out our guides and features hub.