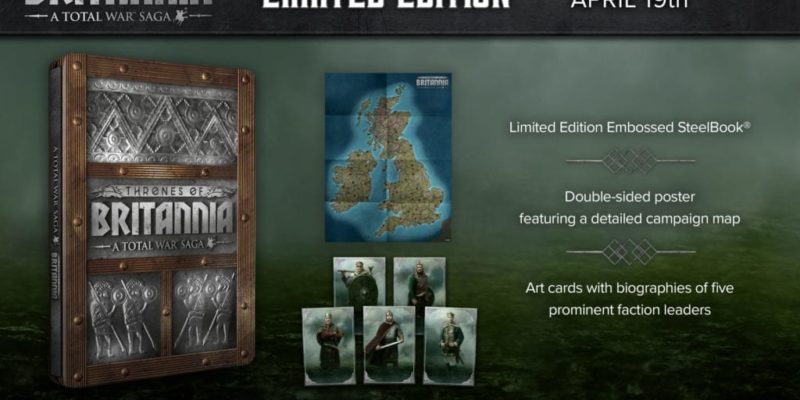 Creative Assembly has set the release date for Total War Saga: Thrones of Britannia which will be out on 19 April.

The game will be available as a digital download or as a Limited Edition boxed product available in some territories. The Limited Edition comes in an embossed Steelbook which has been fittingly inspired by Anglo Saxon helmets. This version will also include a double-sided poster featuring a detailed campaign map and a set of collectible art cards featuring five of the most prominent in-game faction leaders.

Pre-orders are being taken from today with a 10% discount until launch and 25% of all profits from pre-order sales will be going to the charity War Child UK.

Finally, here are the system requirements