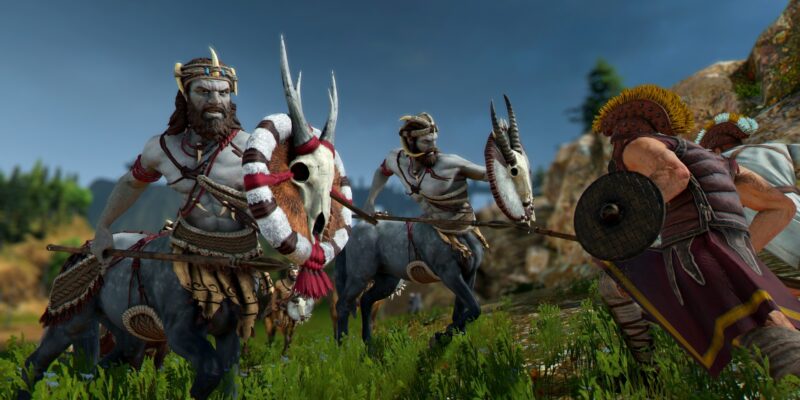 Total War Saga: Troy – Mythos adds a new mode to keep you engaged. Meanwhile, the existing mode for the base game is still around, and a free update offers a more grounded approach to your campaigns. Here’s our mini-guide to help you ascertain the differences between the Historical, Mythological, and Truth Behind the Myth game modes in Total War Saga: Troy and its Mythos expansion. We also talk about the Administration Tier mechanic that’s been added.

Total War Saga: Troy – Mythos — The differences between the Historical, Mythological, and Truth Behind the Myth game modes

Which modes are available?

Here’s the gist on the availability of these modes in Total War Saga: Troy:

Note: You can select which mode you’d like to play prior to starting a campaign or a custom battle. 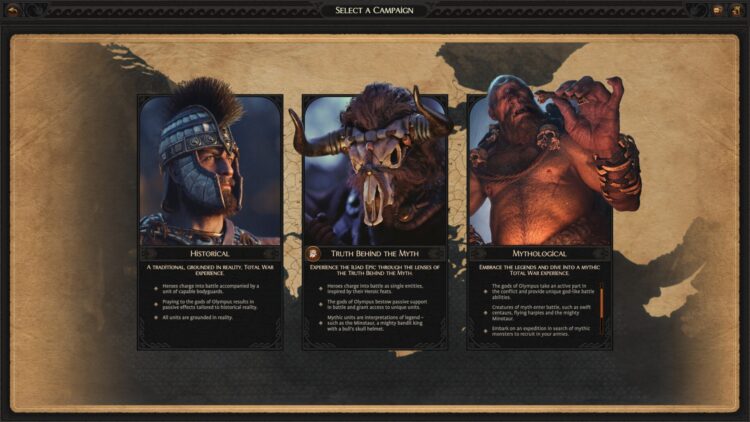 Truth Behind the Myth still retains its “cosplaying” troops (i.e., human units that have attires to make them look like a monster). However, Mythological mode takes things up a notch as it has the biggest changes. Here, the unit models have been drastically altered. Creatures have a wilder or more otherworldly look. They’re no longer depictions of what they might have been as seen by people thousands of years ago. Instead, they’re full-on denizens of legend. Minotaurs, cyclops, harpies, gorgons, and others are actual monsters now.

Similarly, the campaign maps and battle maps have undergone some changes, too. On the campaign map, you’ll see statues and shrines of these beings. Meanwhile, the battle maps have towering structures or massive skeletons in the distance. Likewise, increasing your favor with a god or goddess and subsequently offering a prayer to them unlocks spells known as Divine Abilities. It’s definitely more immersive, in a way, due to a mix of fantasy and mythology.

Additionally, you may encounter rogue armies that are independent of other factions. Taking them out nets you a mythological unit in your recruitment pool. 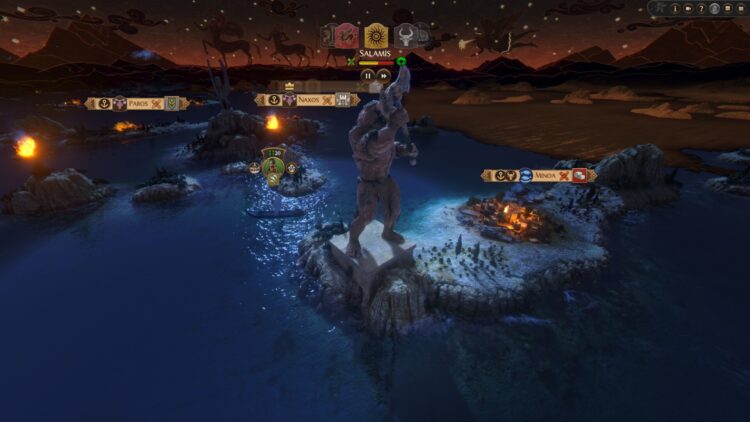 The monsters of Mythological mode

A key component in a Mythological mode campaign is the Mythic Expedition. These have multiple steps and, once completed, you’ll be able to battle a monster like the Griffin Patriarch, the Lernaean Hydra, or Cerberus. Winning this battle allows you to recruit that monster into your forces. In turn, they can use their specialties and unique units (i.e., cyclopean followers and lesser griffins for the Griffin Patriarch, poison-infused cultists for the Hydra, and shades of the Underworld for Cerberus).

These beasts have their own resources that provide boons, post-battle options, and battle abilities. You’ll have fun ripping apart your opponents, causing infernal flames to erupt, or casting poisonous blasts. 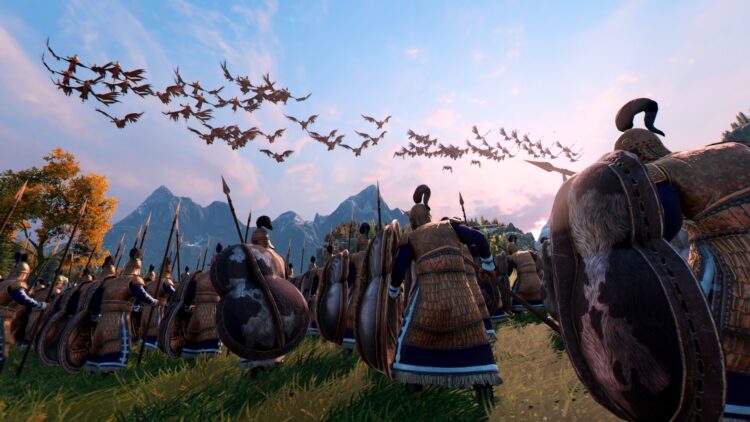 The most important changes to your heroes (i.e., leaders/generals) are seen in Historical mode. No longer will your heroes duke it out solo. Instead, they’re surrounded by bodyguards. Bodyguards also take the place of chariot or horse mounts, though upgrading them into mounted versions also gives your hero a mount.

There are several tweaks to hero abilities, too, such as the removal of the Aristeia buff. Some hero skills have been removed or tweaked as well. For instance, Odysseus can get “Triple Shot” at level 10 in both the Mythological and Truth Behind the Myth modes. Conversely, Historical mode changes this to “Swift of Heel” (a reload speed increase), because shooting multiple arrows in quick succession might be a bit much.

Note: A general’s unit/bodyguard retinue can continue fighting even if the hero dies or is wounded. 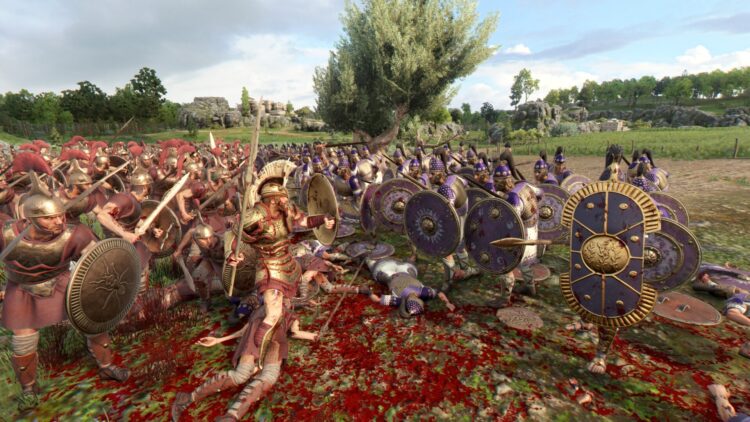 A new mechanic is also part of all three modes. Known as the Administration Tier system, it provides benefits and penalties as you progress:

Note: In any case, if you decided to pick up Total War Saga: Troy – Mythos to try Mythological mode, you can take a look at our guides on Mythic Expeditions, the Lernaean Hydra, and Cerberus. 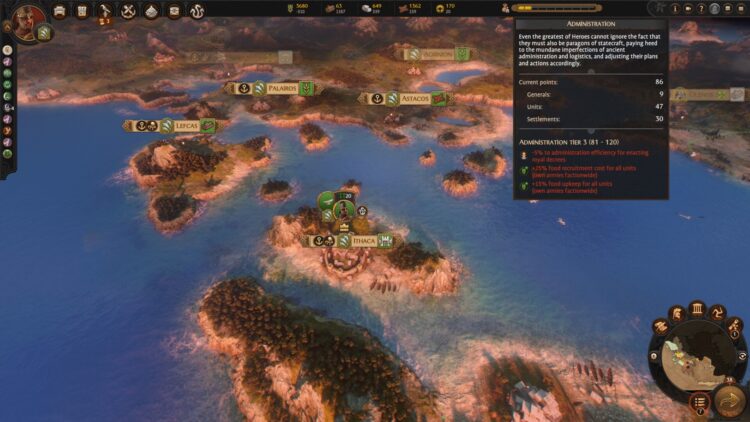 Total War Saga: Troy – Mythos is available via Steam and the Epic Games Store. For more information, check out our guides and features hub.