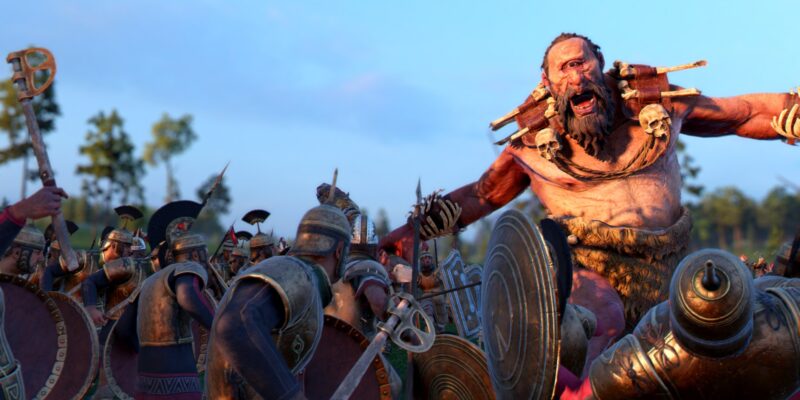 When I reviewed A Total War Saga: Troy last year, I couldn’t help but have a few misgivings. To be frank, the game straddled the line between truth and myth. It excelled in neither, though it still remained a decent experience. That brings us to A Total War Saga: Troy – Mythos. The expansion is set to release tomorrow via the Epic Games Store and Steam (the latter being made possible since the one-year timed exclusivity with the former has expired).

Mythos brings a plethora of fantastical content, including a Mythological mode where you can recruit massive creatures from Greek myths after undertaking expeditions. Likewise, a free update that coincides with the launch adds Historical mode, overhauling many of the game’s facets to bring them in line with a realistic depiction of the era.

The biggest feature in A Total War Saga: Troy – Mythos is Mythological mode, a campaign that drastically alters the Trojan War. No longer will you chuckle at the cosplayers pretending to be centaurs, giants, sirens, or minotaurs. Say goodbye to editing the cyclops with a mammoth’s skull each day as well. Instead, you’ll see actual creatures and denizens from legends of yore. There are dozens of new unit models, reflecting a wild or otherworldly depiction of these beasts and beings. Naturally, agents are part of this change, too (i.e. the Gorgon is a demonic entity and not just a priestess with dead snakes on her hair).

Similarly, you’ll notice changes to both the campaign and battle maps. The campaign map now includes visible landmarks and statues if a province happens to have a strange creature that can be recruited. For instance, statues of harpies dot various parts of Greece, while the lone island of Trinacria has a gargantuan construct of a cyclops.

Also, when you start battles, you might see the massive skeletons of deceased beasts or towering warriors made of stone. As for the Divine Will system, you’ll obtain spells that can be used if you pray to gods or goddesses, such as a tidal wave when you’ve earn the favor of Poseidon. 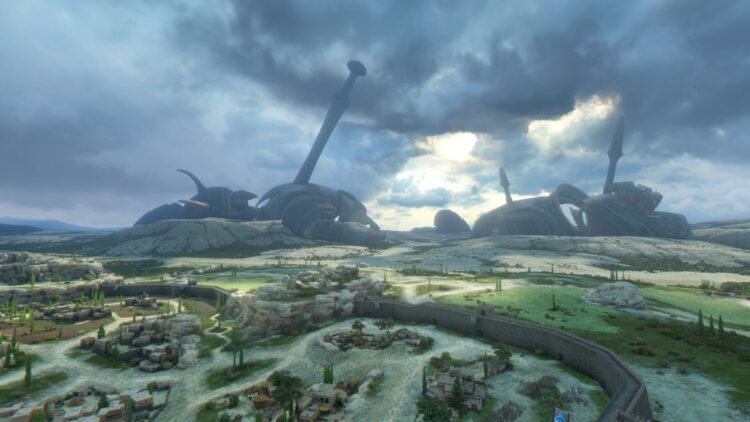 The core component that you’ll undertake during a Mythological mode campaign is the recruitment of a unique monster. There are three to choose from: the Griffin Patriarch, the Lernaean Hydra, and Cerberus. You’ll begin by sending out a secondary force on a Mythic Expedition. Every two turns, you’ll receive a dilemma with several choices.

Your decisions early on might affect the available options later. For example, while hunting for Cerberus, you could have giants join your army. They can, eventually, provide the “Gigantomachy” buff to your squad. Conversely, you can have initiates who are familiar with the Eleusinian Mysteries. If you followed these paths, then the final dilemma when you meet Hades will have corresponding selections to either sacrifice the giants, or make a deal with the initiates. If not, then you’ll have no choice but to leave your secondary hero (i.e. general) behind in the Underworld.

After you’ve completed the dilemma chain (which has five steps), you may start a quest battle against the monster that you’re hunting. Your expeditionary forces are joined by your leader’s army as well, alongside any bonuses that are active. The new quest battle maps in A Total War Saga: Troy – Mythos are nothing short of gorgeous. In the Lernaean Hydra bout, you’re stuck in a festering swamp with the serpent’s cave nearby. You’re assailed from all sides by its poison-infused followers. As for the Cerberus fight, it takes place at the door to the Underworld. The shades of the dead advance at your flanks, while the hound of hell guards the gates to the afterlife. 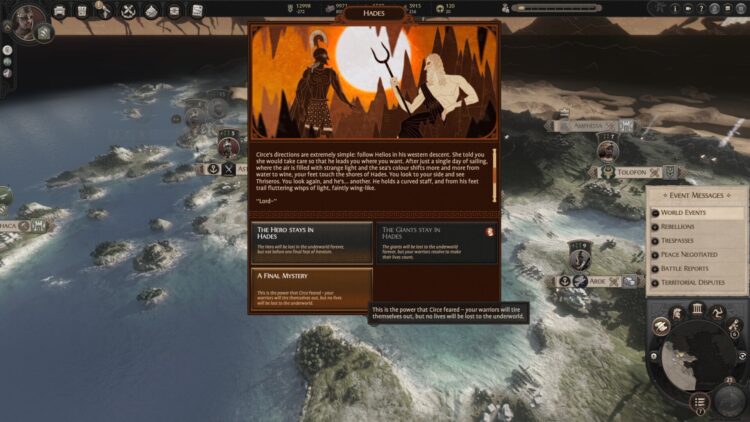 You’re limited to a single monster per campaign and, once you’ve defeated the beast that you’re hunting, you’ll be able to add it to your forces. They have unique functions once attached to an army in that they collect specific resources. Using Cerberus as an example, you earn Souls via post-battle options. In turn, you spend Souls to add different kinds of shade units. Since these are spirits of the dead, they’re unbreakable and will fight to the very end. Meanwhile, the Lernaean Hydra uses Vitality as a resource, boosting the health and damage of the Hydra’s poison-infused followers. It’s even possible to spend Vitality to trigger an army-wide poison buff for certain battles.

Having any of these mythological monsters early on in your campaign feels like an overpowered boon. The Hydra’s units can continuously damage foes due to poisons. The nine-headed serpent itself can lob venomous globules and create a debilitating area-of-effect, while Hydra Priests cast their own poison nova-esque spell. You can take a chunk out of a hostile force before other soldiers even clash. In Cerberus’ case, the hellhound can summon additional shade units close to it. Likewise, it can cause a raging inferno to scorch opponents.

In a way, I understand why Creative Assembly held off on going the full mythological or fantasy route when Troy was originally released. Had that been the case, it would’ve been unfairly compared to Warhammer. Now, though, it has established its identity somewhat. These creatures in Mythos, as well as godlike spells, add to the spectacle when you engage in battles. 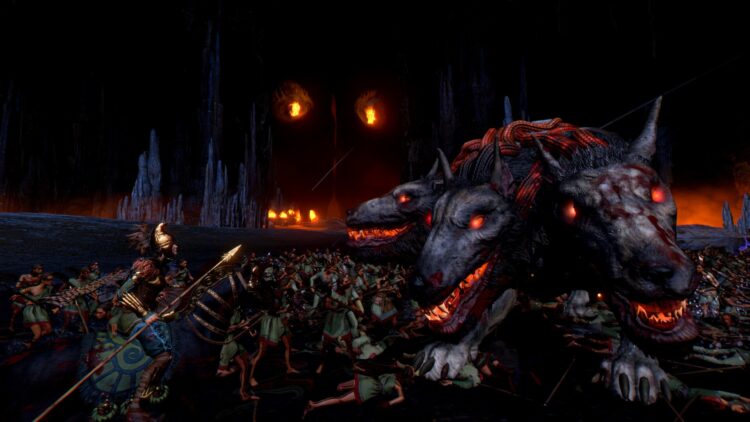 I do have some concerns. First, it’s that these colossal beasts are only able to damage gates and not walls. It really doesn’t make sense when you have these huge beings, and yet they’re unable to reduce fortifications into rubble. Second, these mythological monsters took a while to level up, slowing down your pace of acquiring perks.

Furthermore, the constant reloads became a nuisance. To be fair, this is only if you wish to min-max your buffs from the outcomes in the dilemmas. But, when you combine this with the AI’s trade deals, settlements getting attacked, and other incidents, having to repeat five phases in a quest chain can give you a few headaches. I actually decided to let rebels capture my minor settlements since I didn’t plan on fighting those battles over and over. When I finally discovered an ideal set of selections to take, that’s when I finally took the campaign seriously.

Lastly, I think that these Mythic Expeditions affect when Epic Missions are triggered. To be clear, Epic Missions should appear on your eighth turn and every five or so turns thereafter. However, while a Mythic Expedition was active, I did not see the next Epic Mission task at all. The succeeding step only appeared after five turns had elapsed from when I was able to kill the unique monster. At one point, it took me until turn 35 before the third Epic Mission appeared. 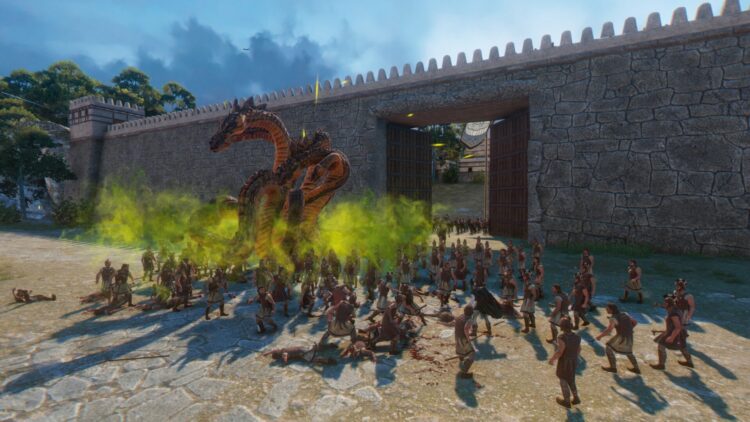 Historical mode and the free update

For those who only own the base game, you can still try a few new features. As mentioned, there’s Historical mode (which exists separately from the “Truth Behind the Myth” campaign). Historical mode tries to emulate warfare in the Bronze Age. The aforementioned cosplaying units are gone, and you’re mostly relegated to battling with regular soldiers. Gone, too, are the over-the-top actions for your heroes such as the Aristeia boost and abilities like Triple Shot. Now, instead of generals duking it out like they’re one-person-armies, they’re surrounded by bodyguards.

I’ve only played a few custom battles with Historical mode selected, not a full campaign, since it’s not my cup of tea. Depending on the time period, I’m someone who prefers to stick to the source material that influenced the game (i.e. The Iliad and The Odyssey for Troy and Sanguoyanyi for Three Kingdoms), which is why I try to look for innovative systems as opposed to a grounded and realistic approach. Still, Historical mode is there for purists who love these facets in Total War games. 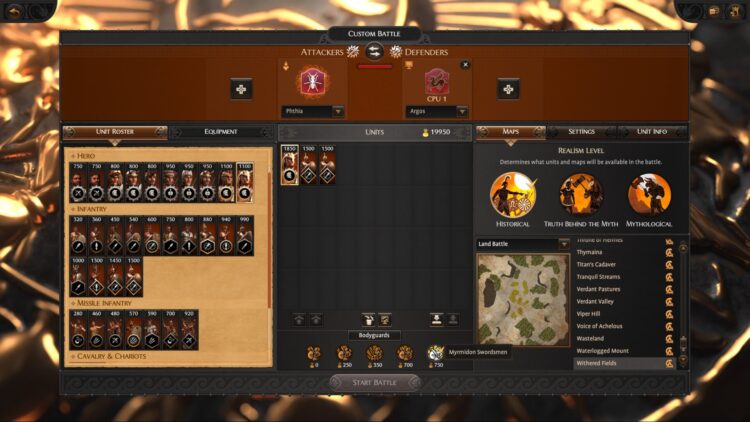 Is A Total War Saga: Troy – Mythos worth it?

The first factor you’ll want to consider is whether you enjoyed Troy‘s base game or not. Remember, you still need to contend with odd or annoying instances, like how Hippolyta and Paris happily march straight for Greece or the AI spamming you with barter proposals every turn. Similarly, I’m not that enthused by the Administration Cap mechanic as it curbs expansion while you’re already busy with other activities.

Don’t forget that you need to deal with the massive conflict of the Trojan War that’s brewing in the region. If you dawdle too much before completing your Mythic Expedition, you’ll lack that second army that’s needed for conquests. It’s why I decided to pick Odysseus and Penthisilea in my campaign runs since they usually don’t need to worry about the Greeks and Trojans clashing all over the place.

In the end, I do think that A Total War Saga: Troy – Mythos more than earns its keep. Mythological mode and its many changes provide dozens of hours to keep you engaged. There’s an extra layer of features that are sure to make your campaigns more refreshing. Meanwhile, the default Truth Behind the Myth mode still exists, and Historical mode gives you a more grounded feel of Bronze Age combat. A year after A Total War Saga: Troy originally launched, Mythos and its free update, essentially, present a complete experience. If you decide to pick it up, don’t forget to check out our guides and features hub. 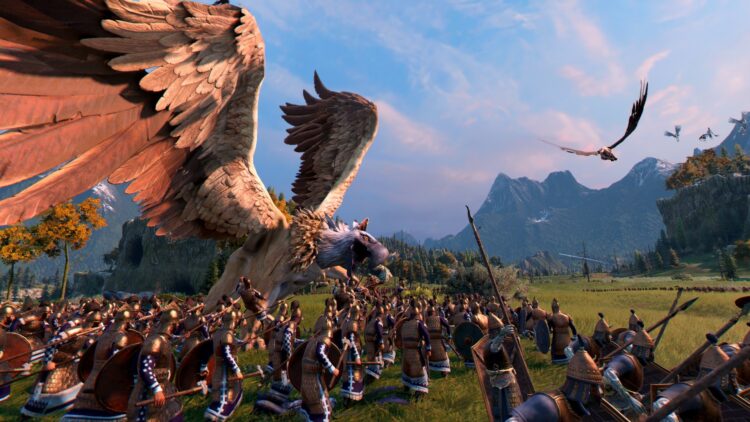