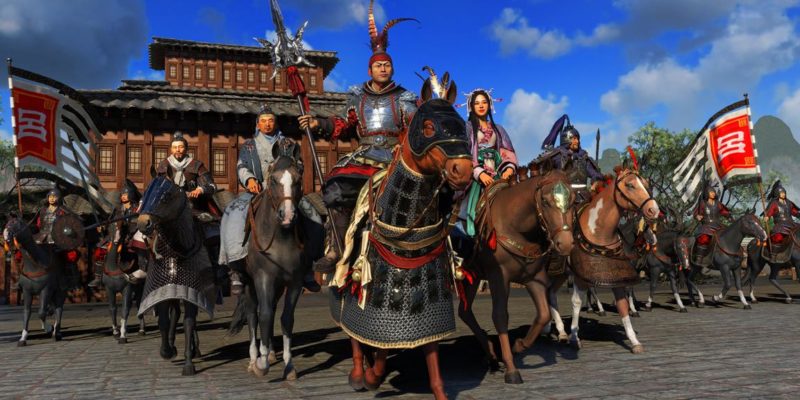 Total War: Three Kingdoms – A World Betrayed brings new challenges in a land ravaged by warlords. One of those is Lu Bu, the mightiest general in all of China. Here’s our detailed faction guide to help you with Lu Bu’s faction mechanics, dilemmas, events, and campaign progression.

Note: This guide was completed while playing Romance Mode on VH/VH difficulty. For more information, check out our guides and features hub. 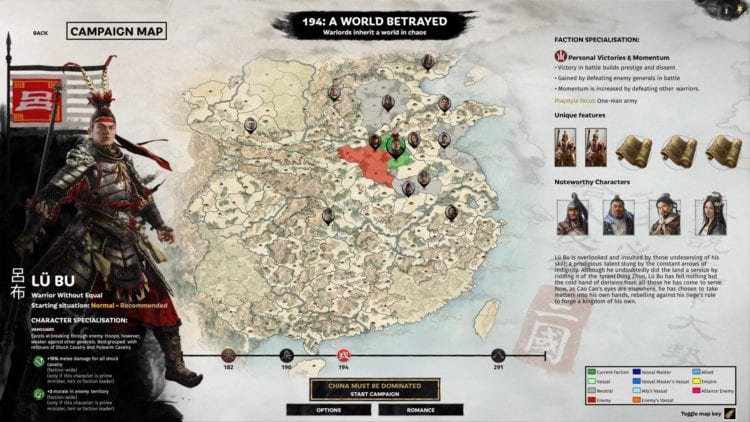 I. Lu Bu’s faction mechanics – We explain Lu Bu’s new mechanics such as the Momentum and Personal Victories pooled resources as well as the Greatest Warriors tally.

II. Lu Bu’s campaign progression – It’s time to take to the field and kick some ass atop Red Hare. We detail Lu Bu’s opening moves, dilemmas, and what you can expect as you continue onwards to victory.

Note: There seems to be no clear transition from Total War: Three Kingdoms‘ vanilla 190 CE campaign to A World Betrayed‘s setting. If you play as Dong Zhuo and follow all the storyline choices, you’ll end up with Dong Min being supported by his father’s murderer — and also the faction’s most trusted general — Lu Bu. Still, the valiant but treacherous fighter does retain some of Dong Zhuo’s faction mechanics, albeit with a twist.