Officers and advisors now have a bigger role to play. Here’s our guide to help you with the Faction Council rework that’s part of a free update coinciding with the release of Total War: Three Kingdoms – Fates Divided.

The affected ranks are the Grand Commandant, Grand Excellency, Grand Director, Grand Tutor, and Prime Minister (the Chancellor isn’t affected). Once you have people in these positions, you can see decisions that you can make via the Faction Council Panel.

Note: The Faction Council will only present these options each spring. If you miss out or accidentally end your turn, you’ll need to wait for a full year. 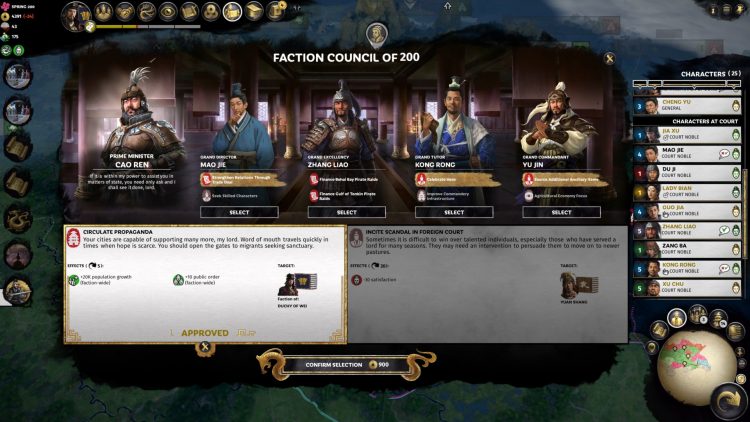 The options include the following:

Note: Each member of your Faction Council will present two choices (with varying costs in gold). You may only pick one option from each advisor. 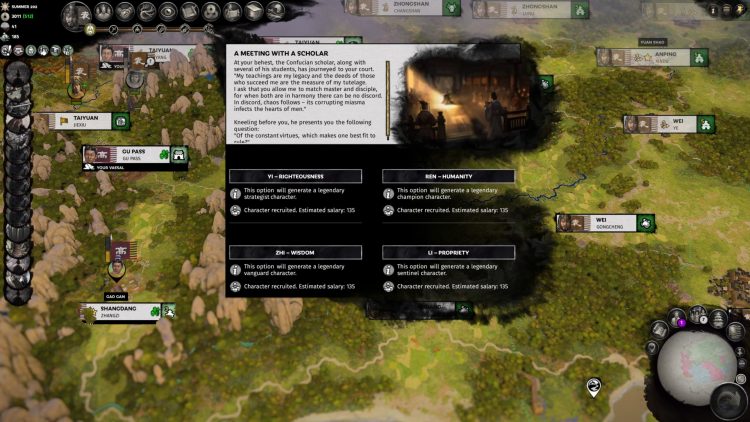 Moreover, the Faction Council rework provides a way for you to reset a character’s skill points. Let’s say you want a Strategist to have fire arrows instead of domestic-related perks. Well, you can do just that.

Similarly, you can reroll a character’s traits. It can be helpful if a general is a bit unruly due to ambitious and greedy traits. 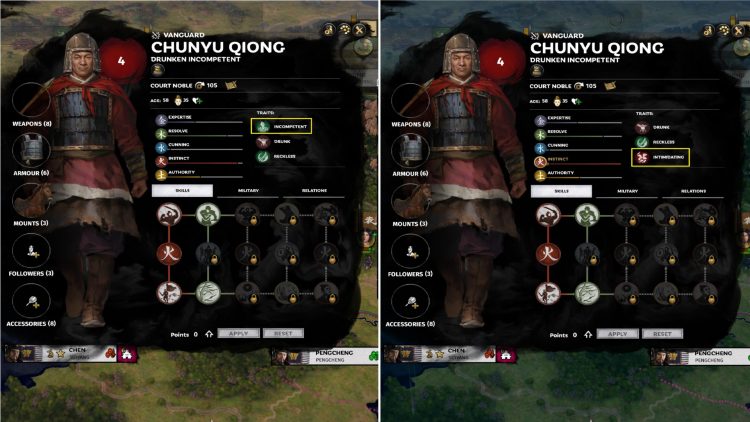 Do take note that some of these selections only pick a random officer. However, I’ve noticed that backing out of the Faction Council screen or reloading a save can sometimes randomize the next set of options.

This doesn’t always happen, though, but I’ve seen it occur while covering the DLC in our official review. Lastly, remember that the Faction Council of rival forces can also take hostile actions against you. 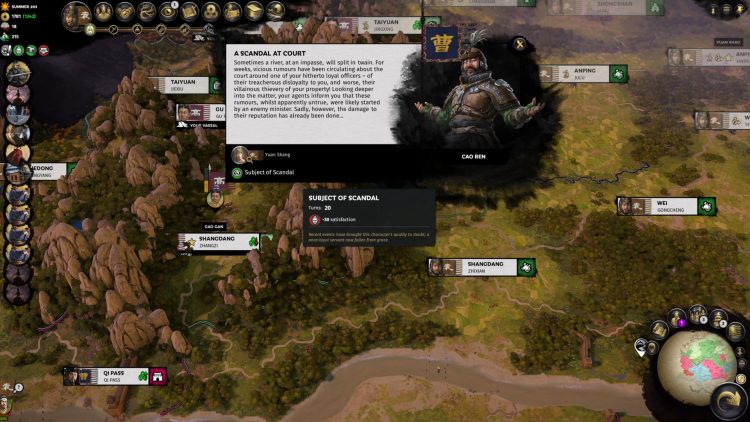