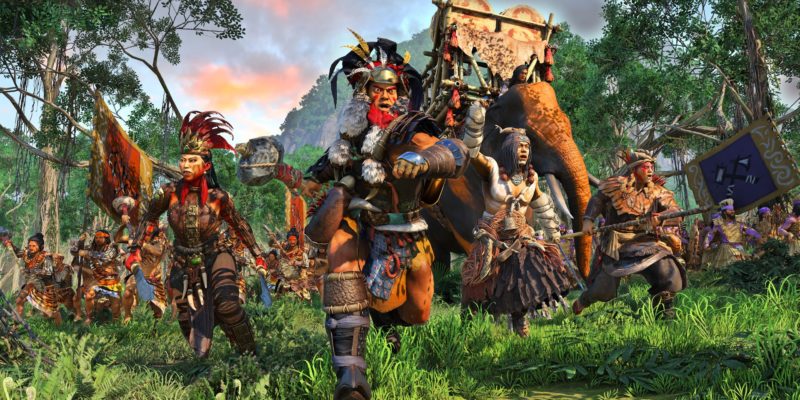 Creative Assembly has been churning out content for its strategy franchise recently. Last week, we saw the release of A Total War Saga: Troy. In the future, we’ll have an upcoming Warhammer II DLC that’ll showcase the Wood Elves once more. Today, however, we’re treated to the arrival of the Nanman led by King Meng Huo, Lady Zhurong, and others who are part of Total War: Three Kingdoms – The Furious Wild. You can watch the trailer below:

The Nanman were tribespeople from the southwestern region of China. They’re situated at the frontiers of what would later become the domains of Liu Bei’s Kingdom of Shu-Han. In Total War: Three Kingdoms – The Furious Wild, the hostilities with the kingdom and its formidable strategist, Zhuge Liang, have yet to materialize. In fact, the leaders included herein are only playable in the 190 (Rise of Warlords/Vanilla) and 194 (A World Betrayed) scenarios.

So, who are these legendary leaders? First, you’ve got Meng Huo, the doughy fighter who would eventually rule the Nanman people in their fight against Shu-Han. In The Furious Wild, however, young Meng Huo still dreams of unification—probably while he’s working out because he looks buff, unlike his Dynasty Warriors counterpart. Meng Huo’s campaign mechanics reflect his aims since he gains bonuses by allying with or destroying other factions.

With various tribes still fractured, you could try your hand at uniting your people using Lady Zhurong, the Fire Goddess, who gains buffs depending on the season. Maybe she and Meng Huo will end up together via an event; who knows? Likewise, you’ve got King Mulu who focuses on strengthening his animal units like elephants and tigers (hooray for cats). Lastly, there’s Shamoke, a ruthless chieftain who wound up slaying Wu’s great general Gan Ning (at least in the novel). 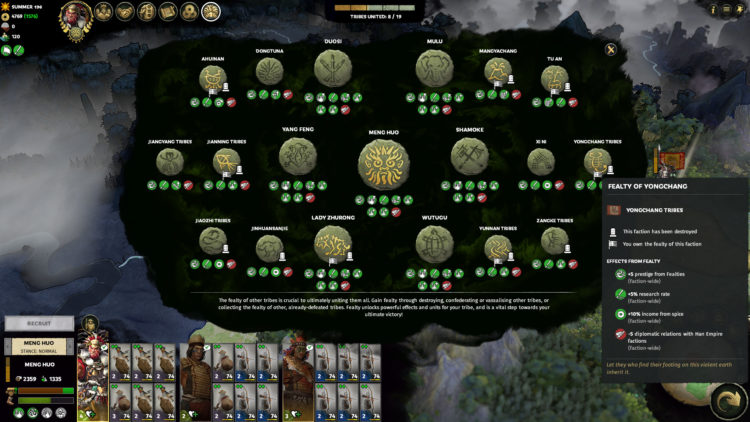 The Nanman have their own unique culture group, hence they’ve got their own tech tree to boot. Total War: Three Kingdoms – The Furious Wild will also showcase their unique missions, events, and character progression. Additionally, your playground—as mentioned, it’ll be the southern portion of the map—will be populated by 19 factions who will either battle against or bend to your will.

We won’t have to wait that long either, because Total War: Three Kingdoms – The Furious Wild will be available on September 3. You can now check out its store page info via Steam. Additionally, the warlord Shi Xie will become playable as an accompanying free-LC. Lastly, you can watch the Let’s Play video below to see what you can expect from the gameplay and progression systems: