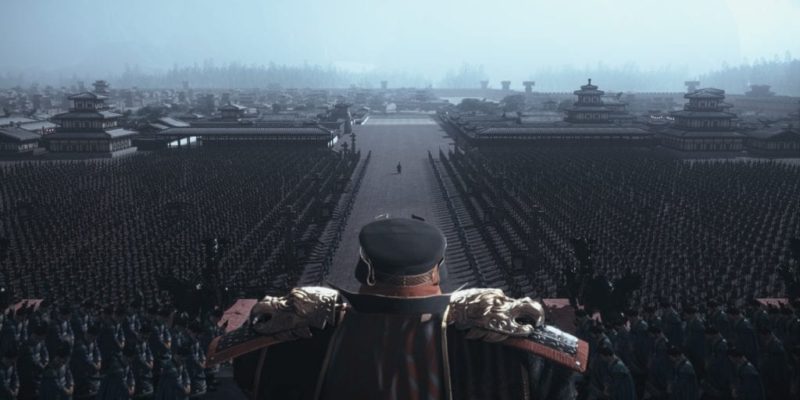 Total War: Three Kingdoms has had an excellent launch day so far. Steamdb showed that the game held over 100,000 players just a few hours post-launch. As for the game itself, Three Kingdoms succeeded in breaking the series pre-order record. This is the first time that the Total War series features China for its setting, and the first time in six years that the series features a new historical period.

Creative Assembly has worked on the title for the past five years. On the game’s official blog, the team outlines its plans for future content. The team is already at work on post-launch DLC, which will be in the form of “Chapter Packs.” Much like previous Total War games, the studio promises significant content is in the works for Three Kingdoms.

The Chapter Packs will stem from notable chapters from the novel, Romance of the Three Kingdoms, which provided much of the game’s source material. Players can expect these chapters to add additional playable characters and settings to the game. The studio also states that Three Kingdoms DLC will add new mechanics and new objectives for the player to experience. Overall, there is plenty of content on launch day, and plenty more in the pipeline for Three Kingdoms.

In our official review, we discuss how the game captures the theme of the source material, as well as the significance of the historical time period. Aside from the themes, Total War: Three Kingdoms also brings about some changes in mechanics from previous entries in the series.

We’ve created an all-encompassing hub for those who are interested in the game, which includes our beginner’s guide, official review, and technical review. Our guide features the three main character campaigns: Ma Teng: Protector of the West, Cao Cao, and Sun Jian. The last of the three features an easy mode, ideal for newcomers to the series.

Gato Roboto, a ‘Meowtroidvania’ game, to launch May 30