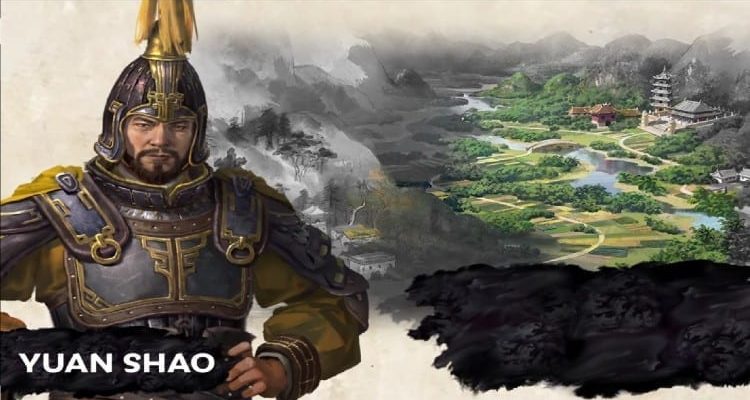 Total War: Three Kingdoms is a game that lets you choose a warlord in your bid for power to rule China and the Han Dynasty. Each warlord has his or her own unique faction dilemma that leads to the story unfolding. But, almost everyone has the same general dilemma: Yuan Shao’s fervent need to hoard vassals. It’s gotten too extreme to the point that Creative Assembly has decided to nerf him a bit in an upcoming patch. As per their latest blog post:

Reduced Yuan Shao’s desire to vassalise every faction under the sun. This is a first-pass balance change, and we’ll be observing his behaviour and player feedback over the coming weeks to assess if further changes are required.

That trailer above talks about diplomacy in Total War: Three Kingdoms. Naturally, Yuan Shao was featured heavily in that trailer.

Historically, Yuan Shao was, indeed, a master diplomat. A scion of the illustrious Yuan family, Yuan Benchu (his style name), led the coalition to oppose Dong Zhuo. In the Romance of the Three Kingdoms novel and historical archives, their clan was known to have fostered numerous proteges and high-ranking officials. China was his for the taking — too bad he was indecisive and prone to listening to unwise counsel.

In Total War: Three Kingdoms, his own unique perks allow him to kickstart coalitions and alliances early in the game. His playstyle revolves around maintaining friends and amassing a number of vassals. It does become a tad bit much in your Total War: Three Kingdoms campaign since, far too often, he’ll have almost a dozen vassals during the mid-game. Imagine all of them barreling down on you like in my Cao Cao and Dong Zhuo playthroughs. 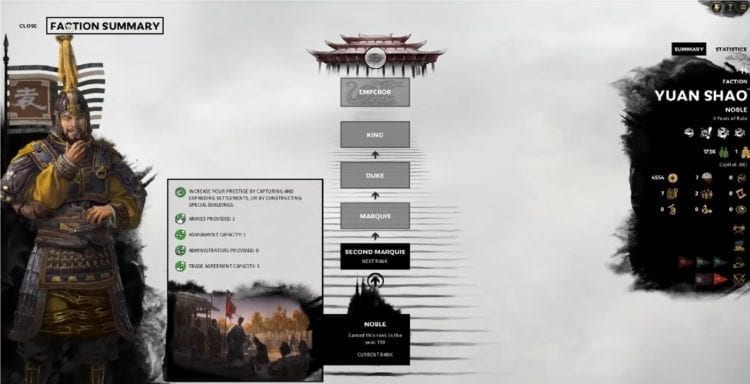 This snowball effect turns him into a powerhouse, technically functioning like the final boss in your Total War: Three Kingdoms run. It’s reached a point where Yuan Shao’s happy-go-lucky vassalization has turned into a meme in the franchise’s official subreddit. Many players have joked repeatedly about his, uh, exploits. There are even ones comparing his actions to The Avengers and to that unreliable, scummy Milan from Medieval II: Total War.

So, yes, there’s a love-hate relationship between Yuan Shao and Total War: Three Kingdoms players. He’s a challenge in the game, but he’s also quite annoying.

This patch is only in its beta stages, and players can opt-in via their Steam client. For more about Total War: Three Kingdoms, don’t forget to check out our guides and features hub.