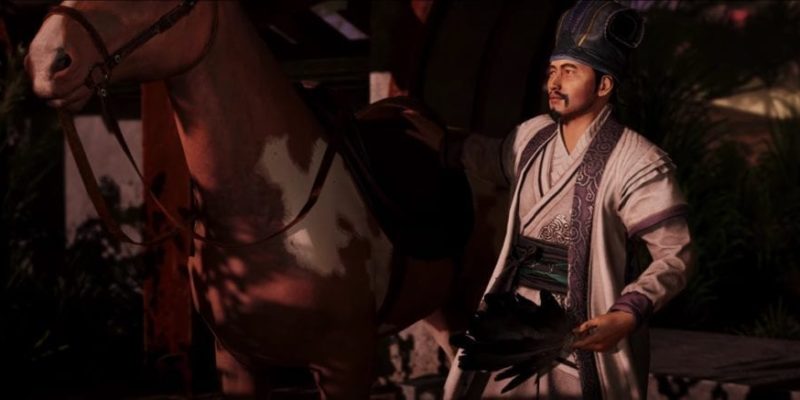 Total War: Three Kingdoms can’t arrive soon enough. While many are hotly anticipating the game, a few are already growing impatient. That’s because Creative Assembly has been releasing one poster after another, showcasing important characters during the time period. Yes, even some Redditors poked fun at that. Today, they ended up showing something more special. It’s a trailer which features Zhuge Liang titled “A Hero’s Journey.”

Please note that we’ll be recounting Zhuge Liang’s depiction in the Romance of the Three Kingdoms novel (not necessarily his historical bio). In any case, watch the cinematic for now:

From the get-go, we see that the trailer uses in-game footage, and the campaign map looks absolutely gorgeous. Towering mountains, lush fields, and tranquil scenery depict a Total War game that’s also a visual feast. At the center of it all is Zhuge Liang.

It was said that whoever had the services of the Sleeping Dragon (Zhuge Liang) and the Young Phoenix (Pang Tong, a hermit scholar), would rule the land. As the fall of the Han Dynasty sent China into turmoil, Zhuge stayed idly in his village. Feeling that no one was worthy of his services, he lamented what could be.

Then, as it so happened, three sworn brothers arrived: Liu Bei, Guan Yu, and Zhang Fei. Liu Bei had a glowing reputation, a man of the people who wanted to restore the Han to greatness. Yet Zhuge Liang declined him. It took three visits to finally convince him to serve as his strategist. You can see that towards the end of the trailer.

Zhuge Liang served Liu Bei faithfully, devising clever and cunning strategies that put others to shame. He became the Prime Minister of Shu-Han, protecting Liu Bei’s legacy. His acumen was unmatched. Even while on his deathbed, the mere thought that he might still be alive routed armies. His style name and honorific, Kongming, became a by-word for “genius.” Naturally, one of the most comprehensive Romance of the Three Kingdoms websites was named after him.