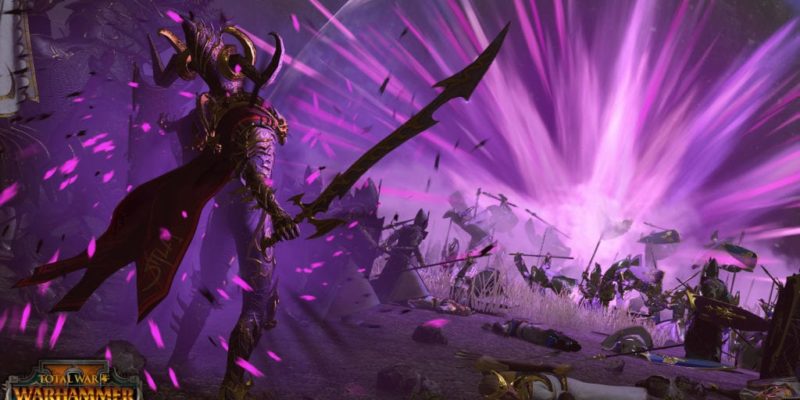 There was a hint of the Dark Elves making a video appearance a couple of days ago, and now it’s confirmed via a new Total War: Warhammer 2 in-engine trailer.

The Witch King of Naggaroth has his sights set on harnessing the Great Vortex and the unfathomable power it commands and the High Elves take a pounding in this trailer. Since Morathi (Malekith’s mum) shows up and narrates the whole thing, it’s probably safe to say she’ll be the second Legendary Lord for this faction. The Dark Elf War Hydra makes an appearance too.

It shouldn’t be long until we get the full Dark Elf unit roster, either. Creative Assembly have said that’s coming on Friday. A first batch of Dark Elf Total War: Warhammer 2 shots can be seen below.

Paragon’s next hero Zinx revealed with skills and trailer