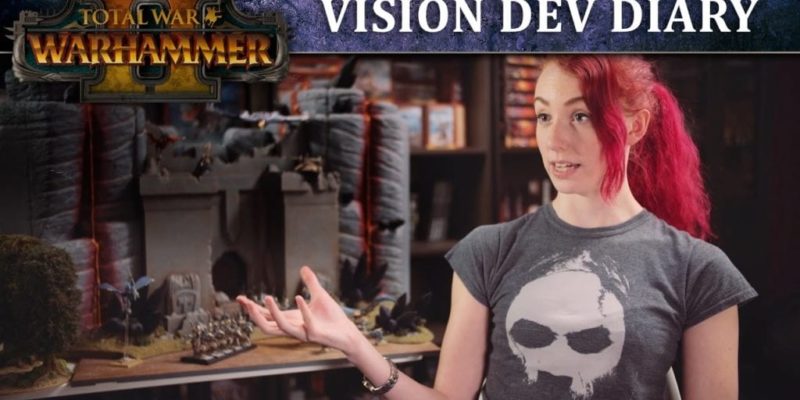 Creative Assembly’s latest developer video takes a look at Total War: Warhammer 2’s new races (well, three of them) and the animation process of bringing them to life. It also features a couple of interesting remarks about changes and additions to the game’s mechanics.

The Lizardmen have apparently been a challenge for the team. They tried motion capture, but that made them a little too human. They needed to be more animalistic. The video shows some of the Lizardmen animations and then moves onto the game’s different environments which will include desert (Southlands) and jungle (Lustria) locations.

Both environment types, and their attendant hazards, were mentioned in a segment about trying to introduce more variety to battles. Speaking of battling, it was confirmed by this video that in Total War: Warhammer 2 you’ll once again be able to conquer any territory you like. It’s not yet clear if the new races will do ‘conquer anywhere’ in the traditional sense, or whether it’ll be more like the Wood Elf DLC where you can put down temporary outposts in some areas.

Creative Assembly called the sandbox nature of Total War “sacrosanct” and state that if you don’t want to explicitly pursue the Vortex-based narrative structure of the campaign, you don’t have to.

Co-op multiplayer with the same race has also been confirmed for inclusion. This is likely (though not certain) to function around the inter-race factional system. All races in the game have two Legendary Lords, so co-op players would probably take command of (say) ‘Dark Elves’ and ‘Specific Dark Elf Faction’. Rather like Wood Elves and Argwylon.