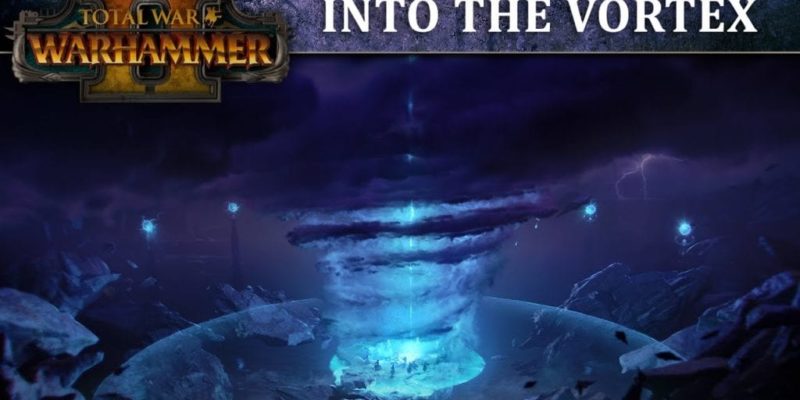 The latest bit of Total War: Warhammer 2 media goes a bit more in-depth with the vortex; a magical creation central to one set of the game’s victory conditions. All four (yes, four) factions want to control it, but for very different reasons.

Created by the High Elves and boosted in strength by the Lizardmen, the vortex provides a layer of protection against Chaos. It siphons off the winds of magic, keeping them at manageable levels. Of course, if you’re the Dark Elves, you’d probably quite like to mess with that set up.

The video confirms what many had probably already deduced, that the initial trailer showed three of the Legendary Lords. Teclis (High Elf mage of some considerable fame), Malekith (Dark Elf, lives with his mum), and Mazdamundi (Lizardman, powerful toad wizard). It also reiterates that while Total War: Warhammer 2 will have vortex-centric narrative victory conditions, you’ll also be able to win the old fashioned sandbox way by conquering loads of land.

Oh, and there are some blatant untruths about the rat at the end of the initial reveal trailer just being a rat and nothing more symbolic. Skaven are real my friends, don’t believe this shameful Imperial propaganda! Ahem. Anyway, here’s the trailer. Total War: Warhammer 2 is due later in the year.

Saints Row 2 free at GOG for next two days

By Dillon Bantel10 hours ago0
News