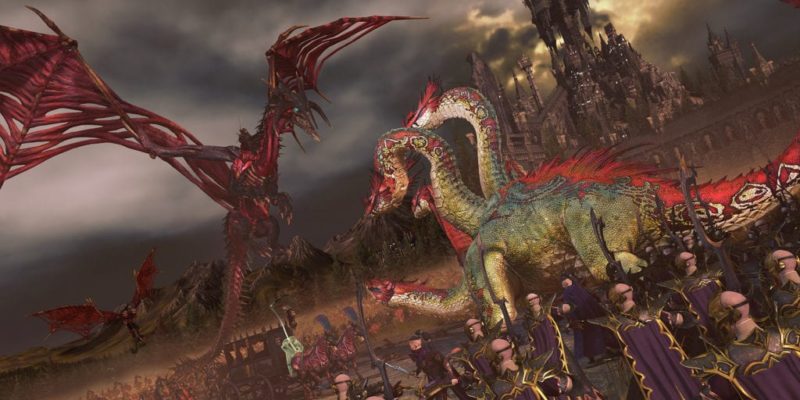 No more need to squint at Total War: Warhammer 2 mini-maps in Steam screenshots, the full Mortal Empires campaign map is now available. You can see it below (click for a much larger version); it includes the starting locations for all Legendary Lords.

People who know what Mortal Empires is about can scroll straight to that map. If you’ve missed the news about what this is, on 26 October Total War: Warhammer 2 is getting a campaign that will unite New and Old World powers. It’s not a literal combination of the maps from Total War: Warhammer and the sequel, but the majority of those land-masses are going to be present.

You need both games to be able to play this (Warhammer 2 installed, Warhammer just owned on Steam). If you own DLC like, say, Beastmen, then they will be playable in Mortal Empires. If you don’t, they won’t. A lot of the features from Total War: Warhammer 2 will be present in this mega-campaign; the settlement climate system (so you can, in theory, conquer anywhere), searchable ruins, treasures at sea, and so on. Old World powers are not getting Rites (at least, not at launch).

New-Norsca will also be missing from Mortal Empires for a bit. Creative Assembly say they’ll be added in at a later date. Until then, you’ll have to deal with classic Norsca marauder horsemen spam. Here’s the map. You can see Queek and Teclis’ new starting positions. Queek is confirmed to be in the race for Karak Eight Peaks, and will get a penalty/bonus depending on whether he controls that fortress.

Chaos invasions will still occur in Mortal Empires (like the Old World campaign). They won’t just be coming from one direction, either. 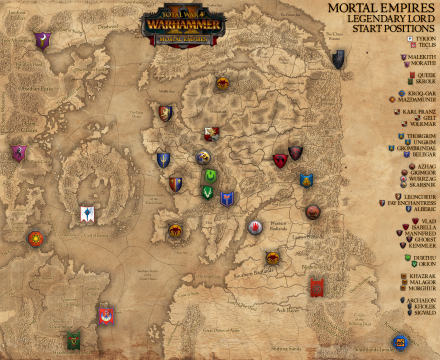