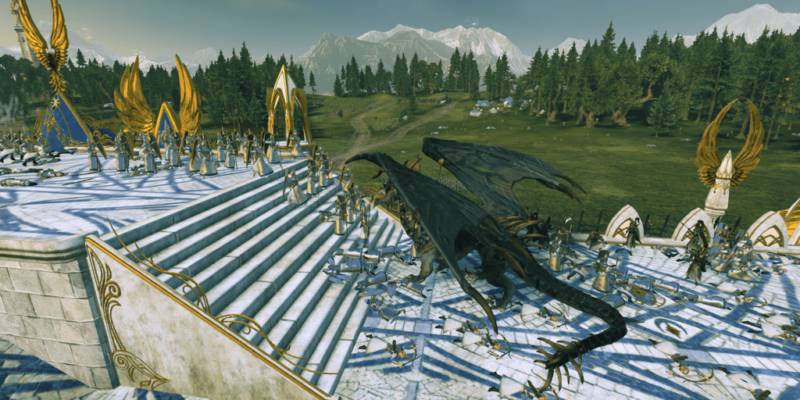 Steam Workshop support for Total War: Warhammer 2 is coming on Thursday (5 October), according to a Creative Assembly twitter proclamation. That should be welcome news for people wanted to get properly stuck in to the modding side of things.

Total War: Warhammer 2 launched last week without Steam Workshop support. At the time, Creative Assembly said this was due to mod compatibility issues that were still being ironed out. Some mods from the first Total War: Warhammer could be installed and used from launch, but the official Workshop structure wasn’t in place.

It sounds like they’ve sorted out whatever those problems were, so expect plenty of familiar mods to be available for the sequel from later this week. Favourites like ‘Increased Home Region Movement’ will be returning, I’m sure. Somebody is probably working on one to stop Morathi spreading Chaos Corruption when Malekith confederates with her too.

Another area that might see a quick mod fix is the naval battle auto-resolve issue. Since there are no real-time naval battles in Total War: Warhammer 2, you’re left at the whims of the auto-resolve when two fleets meet. That’s not always particularly fair, because the system can skew heavily against you (versus how you would perform in an actual fight) depending on your army composition. Most Skaven forces suffer pretty badly, for example.