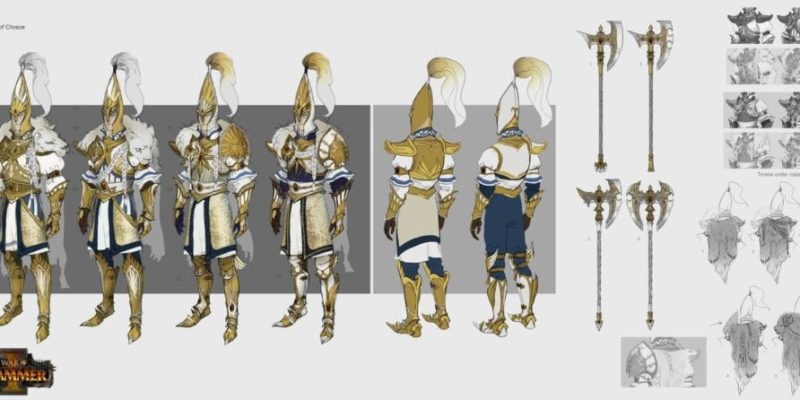 Just as they did with the Lizardmen, Creative Assembly will soon be revealing the High Elf unit roster in Total War: Warhammer 2. At 4pm (UK) tomorrow (6 June) there will be another Facebook livestream talking about the citizens of Ulthuan.

Update 6 June: The full High Elf roster for Warhammer 2, plus notes from the stream, can be found here.

If you’re not around for that time, there will be both a text version of the roster (likely to follow the livestream pretty much immediately) and a YouTube summary a day or so afterwards. Last time the roster reveal was all discussion and no gameplay, so that’ll probably be the case again here.

A few of the High Elf units in Total War: Warhammer 2 are already known. Tyrion and Teclis will be the two Legendary Lord options. Concept art and other pre-release details have confirmed the following units: Silver Helms, White Lions of Chrace, Bolt Throwers, Ellyrian Reavers, Swordmasters of Hoeth, and a Sun Dragon. Basic elf bowmen and spearmen will absolutely be in the list too.

Tune in tomorrow at 4PM BST for the High Elf Roster Reveal on Facebook Live!
If you can't make it, there'll be a YT video later on. pic.twitter.com/dNaDlx3DQ9

Mirage: Arcane Warfare to be relaunched due to low player numbers