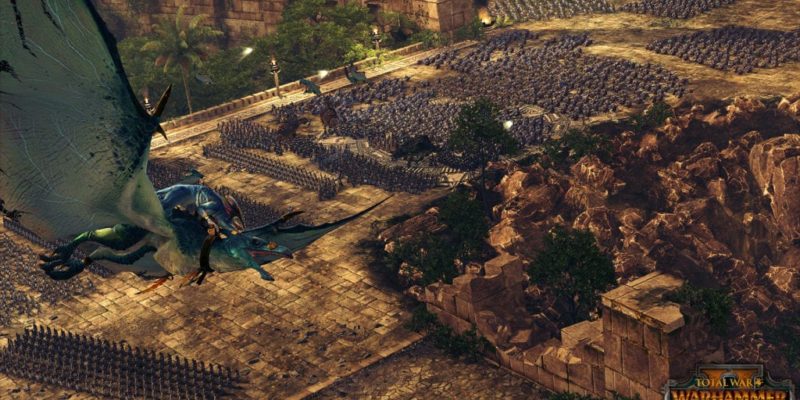 Creative Assembly announced earlier today that Total War: Warhammer 2 will see the return of the free-for-all multiplayer mode. There’s a summary of the mode up on Facebook which covers all the pertinent details.

In short, it’s a four player (and always four player) mode in which everyone battles it out in, well, a free-for-all. Score is awarded for dealing damage to enemy units, and for being the last army standing. There will be special “bespoke maps” for this mode, designed around rewarding “active playstyles”.

It’ll only be available in the multiplayer battle list (so it’s not in a multiplayer campaign). Total War: Warhammer 2 is coming out later in 2017. There’ll be more of it at E3.