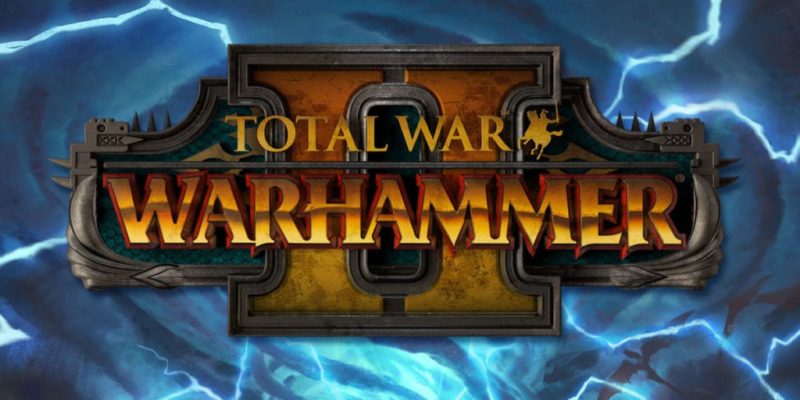 Specifically, the revamped Warriors of Chaos will now be in Mortal Empires. As will Wood Elf followers, and the updated skill trees for Old World Legendary Lords. Plus, the Immortality skill from Total War: Warhammer 2 is now in there.

Also released as part of this update is the CPU-stretching Laboratory, where you can mess about with various battle settings. Want to do a custom battle between giant Skaven and a horde of eagles, in zero gravity? Well, congrats, you can.

The same blog post takes a little bit about update plans for January 2018, too. As Creative Assembly have already announced, the first campaign pack DLC (Tomb Kings? It’s Tomb Kings) for Warhammer 2 will be released in that month, as will the first free DLC Lord (Skaven). For Mortal Empires, however, you can expect the following.

Campaign balance changes to reduce Dwarf domination in Mortal Empires; selective changes to combat behaviours to reduce order-dropping in battle; new innate Traits for many Old World Legendary Lords; a raft of new technologies and Legendary Lord skills for Bretonnia; and multiple new buildings for a range of settlements.

Norsca, as previously confirmed, will be coming in May. Here are the patch notes for Reprisal.

– Vampire Counts can now raise dead in the New World.

– The Campaign victory objective Ensure ‘Archaon is in a wounded state’ while playing as the Bloody Handz no longer reverts to incomplete if a save file is loaded.

– Fixed a bug where any number of heroes could be recruited after unlocking the Engineer’s Workshop, Gromril Forge or Mustering hall as Ungrim.

– Added an effect to Lord Skrolk’s Plaguelord skill at tier 2 to allow recruitment of Plague Priests in all provinces.

– In Multiplayer Campaign, the defeat screen will now show correctly when the other player wins the campaign.

– The Cloud save option is now greyed out in Multiplayer Campaign save menu, because they are not supported there.

– Wood Elves can now Confederate in Multiplayer Campaign with other Elf factions.

– The Runefang Quest Battle for Karl Franz has been fixed in Multiplayer Campaign.

– Fixed a progression blocker caused by the “Life in the Lagoon” dilemma.

– Fixed a progression blocker / soft lock during the AI’s turn in Campaign.

– Improved how water on the battlefield is handled when changing the resolution scale. Water will now not appear as incorrectly opaque at lower scales.

– The Engineering Student Ancillary is no longer removed from the lords’ inventory list once unassigned (applies to new playthroughs).

– Dilemmas will no longer appear abruptly alongside advice (conflicting with each other).

– Fixed a bug where moving the camera on the far-right side of the Mortal Empires camping map would cause the screen to render as black, until the camera is moved away from – that location.

– Cold One Chariots now have blood when in prolonged combat.

– Fixed an audio bug where the explosion sound of a bombardment impact wouldn’t trigger in some cases.

– Settlement defence tower levels will now be affective in battle.

– Improvement to Campaign AI to capture more settlements being targeted.

– More variation to the music when fighting rogue armies in battle (previously only Chaos music was playing).

– The Cold One mount on the campaign map will no longer make death vocalization sounds while idle.

– When entering the final Vortex battle as Morathi, the correct voice will now play (Morathi’s instead of Malekith’s).

– Improved a clipping issue on one of the Chaos Chosen shoulder armour variants.

– Improved the audio when a Skink Cohort javelin unit engages in melee combat.

– Improved the audio on the Saurus spear and shield jumping attack.

– Brayherds no longer suffer attrition at all times due to not owning a home region (they are a Horde which cannot own a home region).

– Grombrindal’s event effects have been fixed.

– Added a button to access the Total War Academy to the games main menu (top left).

– Fixed a bug where the player could incorrectly construct 2 gate defences at the Dwarven settlement Wurtbad.

CIG being sued by Crytek. This could be a real problem for Star Citizen