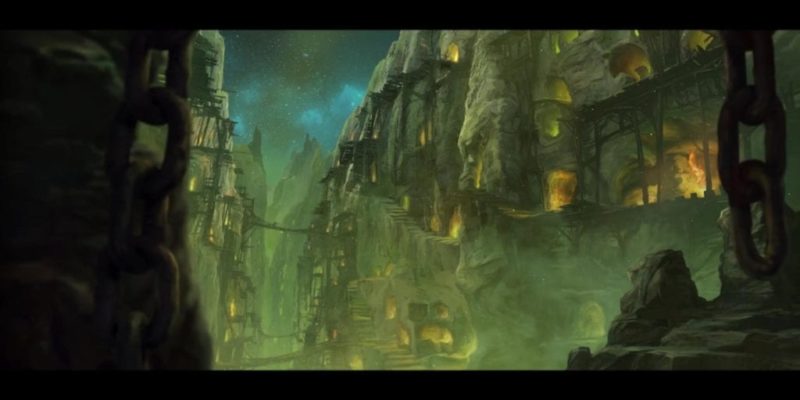 A fourth part of Total War: Warhammer 2’s ongoing ‘ritual’ has gone up today and, yes, still points squarely at a Skaven faction. The clue for this one is a short video of a tolling bell sound.

As you might guess from that, the word(s) to unlock this stage are ‘Bell Tolls’. Bells feature prominently in Skaven mythology, and one of their more intimidating war machines is the Screaming Bell. The reward for unlocking step four is a brief video clip (really just panning over concept art) of wooden structures built into a chasm, with the description “Hundreds of burrowing tunnels murmur with the sounds of claws”. You can see a still from the video below.

There are four more stages in the Total War: Warhammer 2 ritual to go, so expect at least three more steps hinting very, very strongly at Skaven and then (hopefully) a final one actually revealing the rat-men. This whole thing started on 30 June, and we’re now half way through. Based on that schedule (which hasn’t been entirely consistent, so this isn’t going to be exact), it should wrap up around 11 August.

Skaven also have an affinity for the number 13, but 13 August would be a Sunday (not usually a prime candidate for videogame marketing).

Planet Coaster gets three themed packs including Back to the Future