Total War: Warhammer 2‘s The Hunter & The Beast DLC has just released. It brings two new legendary lords — Markus Wulfhart for the Empire and Nakai the Wanderer for the Lizardmen. Apart from DLC additions, there’s also an update that provides Gor-Rok as a free legendary lord and reworks to the Empire’s territories, Balthasar Gelt’s own faction, and the Elector Counts system. Our guides and features hub takes a look at all these and more.

The Hunter & The Beast Announcement – These are the features and content you can expect from Total War: Warhammer 2‘s latest offering and the free update that accompanies its release.

Markus Wulfhart Campaign Guide – The Huntsmarshal is ready to take control of Lustria for the Empire. Learn the faction’s unique mechanics, including the use of Imperial Supplies, managing hostility, and your Emperor’s Mandate/Acclaim acquisition.

Legendary Hunters Guide – Throughout Wulfhart’s campaign, you’ll be able to enlist four unique Legendary Hunters that are reminiscent of certain adventurers from Ubersreik. Our guide tells you how to find them and complete their own mini-quests.

Amber Bow Quest Item – Markus Wulfhart’s special quest item is the Amber Bow. Here’s how to do the quest steps and complete the battle.

Nakai the Wanderer Campaign Guide – Nakai defends the jungles of Lustria and he’s also got a vassal to take care of. He can also call upon the blessings of the Old Ones. This guide ensures that you can handle the challenge presented by these new concepts.

The Battle for Itza – The two new legendary lords won’t be racing for the Vortex. Instead, they’ll face each other in a climactic final battle. Here’s how you can take out your rival to complete this part of Total War: Warhammer 2′s campaign.

Balthasar Gelt and the Elector Counts – The Hunter & The Beast DLC also had a free update that’s available to all players. This free update provided a massive rework to the Empire’s mechanics. 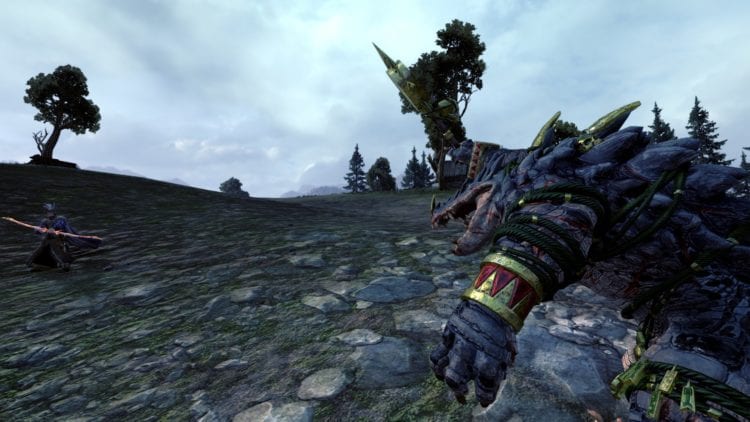 Total War: Warhammer 2‘s The Hunter & The Beast DLC is now available. You can find it on Steam.

If you’re quick, you can get Endless Space Collection free at Humble