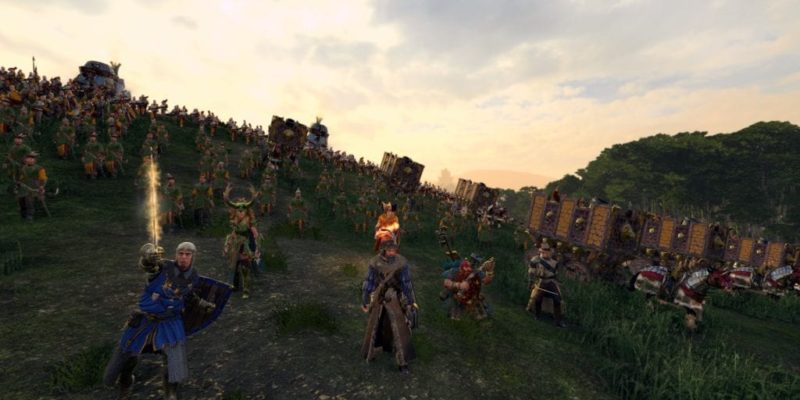 The Hunter & The Beast DLC for Total War: Warhammer 2 will be available tomorrow, but it’s best to understand what you’re getting yourself into once you play as Markus Wulfhart. The Empire’s Huntsmarshal is one of the new playable legendary lords (the other being Nakai the Wanderer).

In Wulfhart’s Total War: Warhammer 2 campaign, he’ll have a chance to discover Legendary Hunters throughout Lustria. These Legendary Hunters will, no doubt, remind you of Warhammer: Vermintide‘s heroes from Ubersreik and they play pivotal roles during the final battle. Here’s our mini-guide on where you can find them as well as their own questlines/missions that you can undertake.

Note: For additional reference, kindly check our guide/overview for Markus Wulfhart’s campaign so you’ll have an idea of the basic mechanics and concepts. We also have our Total War: Warhammer 2 – The Hunter & The Beast guides and features hub with more info. 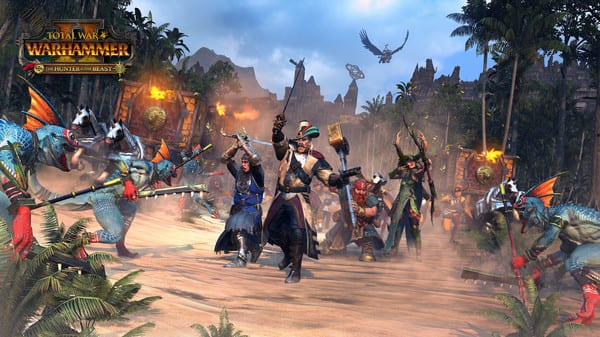 Where are the rats?

There are four Legendary Hunters that are hidden in the jungles of Lustria. Each one has a number of sidequests or objectives that further boost their capabilities (or those of other unit types). They’re also a nod to the Ubersreik Five (or four, doesn’t matter) — the heroes of the Warhammer: Vermintide games.

These unique heroes cannot be killed once you recruit them as Wulfhart. Losing them in battle only leads to them becoming wounded for a few turns. Each Legendary Hunter provides a certain buff during Wulfhart’s final battle in The Hunter & The Beast DLC for Total War: Warhammer 2.

Note: The Ubersreik Four/Legendary Hunters are only available for Wulfhart’s campaign. They will not appear in Total War: Warhammer 2‘s custom or multiplayer battles. 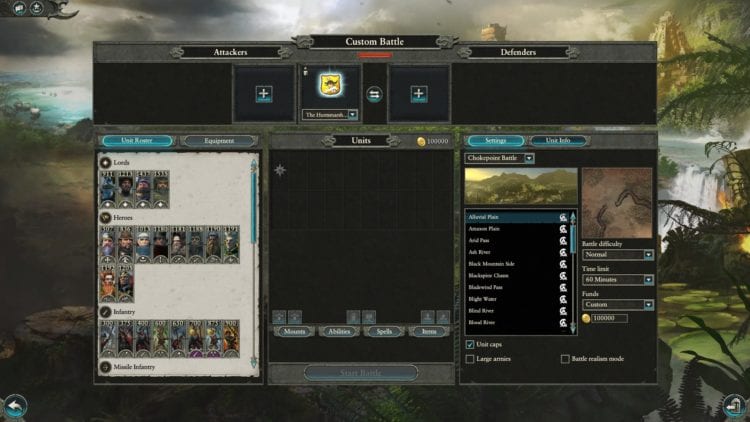 Ah, the problem of not being able to take the battle screenshots that you’d want to.

Hertwig van Hal might be the Saltzpyre of your group (bless his ravaged body and all that). He might be the Legendary Hunter you’ll find since the Vamps are quite close by. 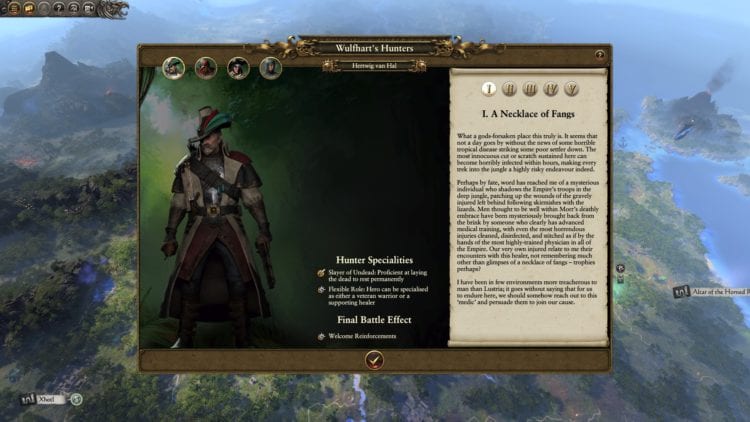 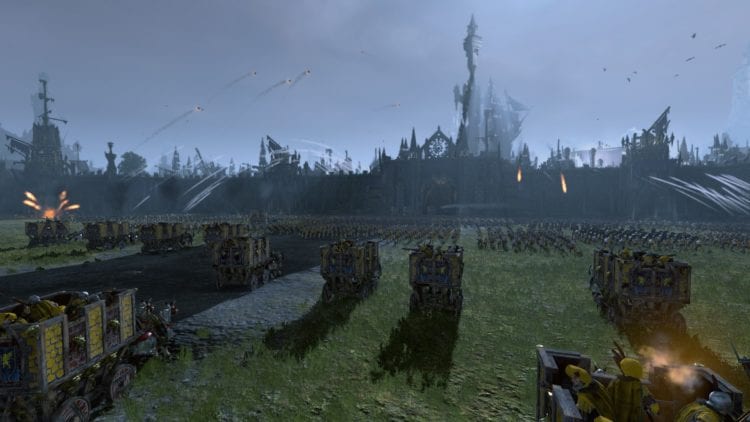 Capturing The Awakening for Salty Saltzpyre.

A Waystalker from Athel Loren, Kalara functions like any sniper hero. This Legendary Hunter also pick from both the ranged and melee-type skills. As Kerilian says, don’t be a lumberfoot, okay? 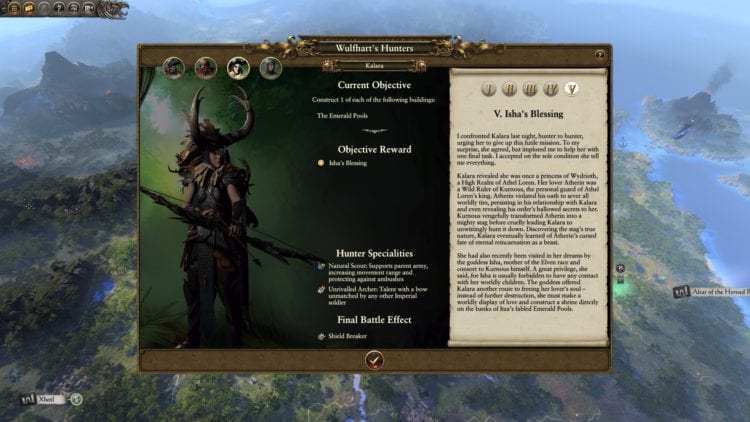 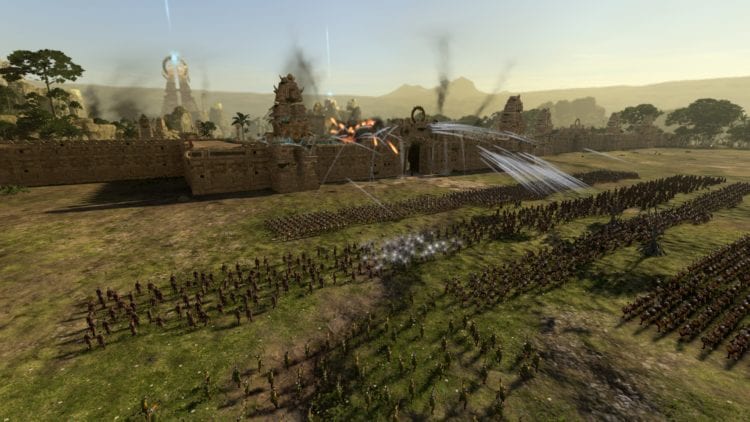 This prince might be a Bretonnian, but, hey, he’s still a Knight so we might as well call him the group’s Marcus Kruber. 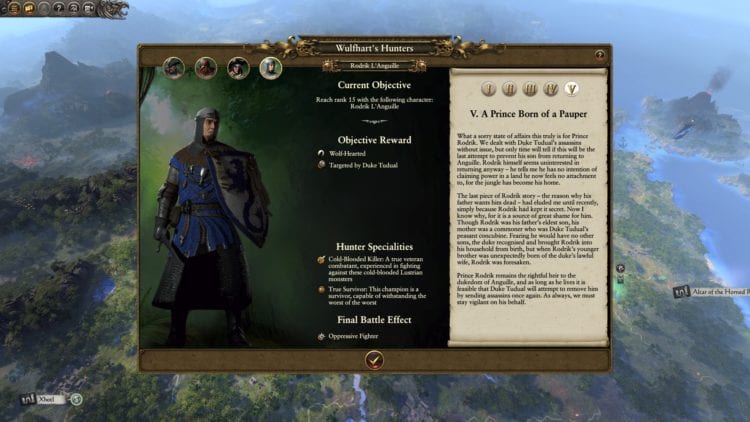 Oi, we’re the bloody… you know the rest.

Well, Jorek is probably not Okri’s cousin. But, one can’t help but think of him as good ol’ Bardin Goreksson… or Joreksson, perhaps? He’ll take a while to get recruited since you’ll need to send a character further south through Lustria. Some of Jorek’s mini-quests require you to have certain trade goods/resources. You can complete these steps by constructing the correct building in a settlement that has that resource, or if you have a trade agreement with a faction that’s exporting that resource. 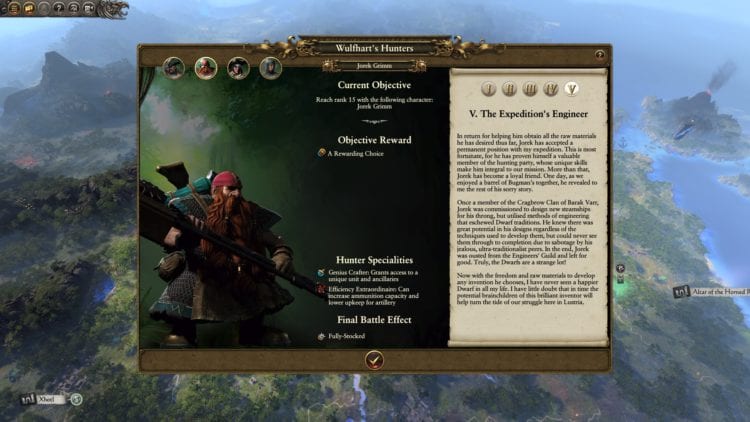 What a tale for Cousin Okri! 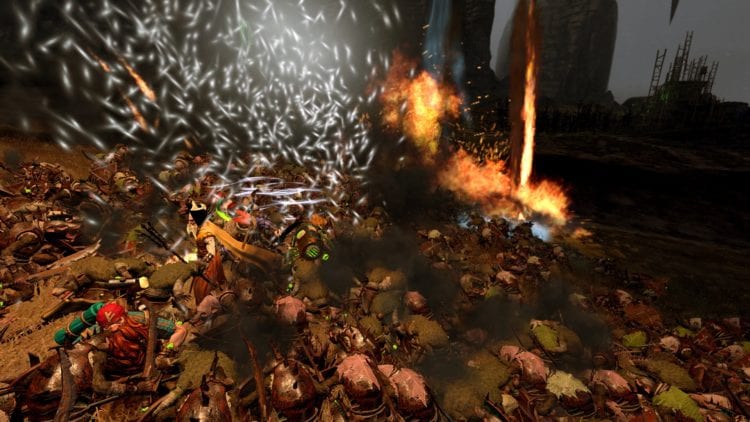 Note: One last important tip — since you’ve got objectives that require you to level up, you’ll want to get the Training character skill from Kalara and Rodrik. Put all your Legendary Hunters in the same army and watch them earn experience points passively.

There you have it. These are the four Legendary Hunters that you can encounter in Total War: Warhammer 2’s The Hunter & The Beast DLC. The only one that’s missing is this game’s version of Vermintide‘s Sienna. Well, we can pretend that a random Bright Wizard has that role, eh?

Do note that these mechanics are only possible if you’re playing as Markus Wulfhart. Nakai the Wanderer, the other new legendary lord added in The Hunter & The Beast DLC, will be tasked to kill them instead during his campaign. Whoops!