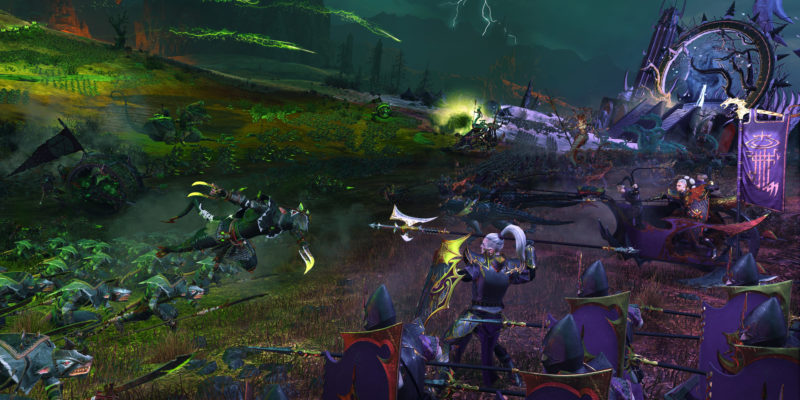 There’s no denying that one of the biggest problems plaguing the Total War: Warhammer games is its turn times. Ending your turn can test your patience very often. Whether it’s doing a run through Total War: Warhammer 2‘s Vortex campaign or Mortal Empires, you’re bound to play the waiting game. The good news is that you can say goodbye to the hassle thanks to a free QOL update that goes live alongside The Shadow & The Blade DLC. It significantly cuts down the waiting time in between turns to the point that you’d barely realize that a turn has ended. 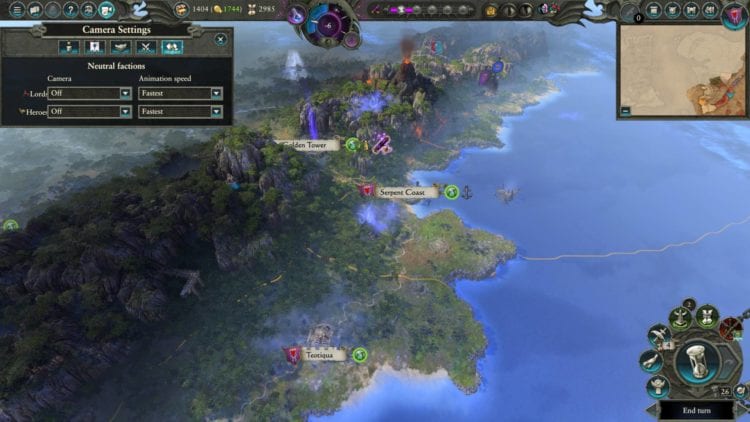 When Total War: Warhammer 2‘s The Shadow & The Blade DLC was announced, we were told that players can expect around a 60% reduction in waiting times in between turns. It’s also worth noting that Creative Assembly mentioned an important caveat:

These changes will still be dependent on game state and PC specifications. Most people should see a significant improvement but the higher bracket of that will only be made by PCs with high specs.

Total War: Warhammer 2‘s turn times are primarily dependent on your CPU (note that I have an Intel i7-7700k). Additionally, you could opt to install the game in an SSD to make loading times faster.

Make sure to check the camera options to have hostile, allied, and AI factions set to “off” and “fastest,” and watch the end turns finish in a breeze. Take a look at the short video clip below:

The waiting time at the end of that turn was around 14 seconds. Oh, and that’s during a Mortal Empires campaign as well. The turn times are significantly shorter when you’re playing a Vortex campaign given that fewer factions are around.

Of course, that video’s only for turn 1. Still, the more I played, the more I noticed that the latest QOL improvement affects your entire playthrough no matter how far along you might be. The newest update should make your Total War: Warhammer 2 campaigns more manageable.

As mentioned, this QOL improvement comes as a free update for all owners of Total War: Warhammer 2. It does coincide with the release of The Shadow & The Blade DLC which you can find on Steam. For more information, check out our guides and features hub.