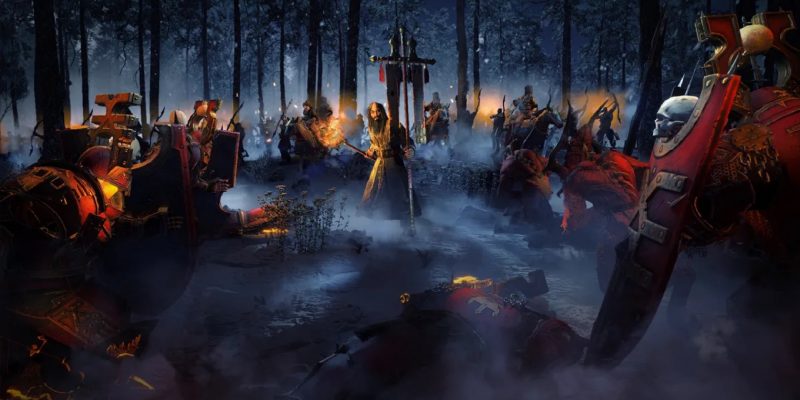 We’ve seen a couple of trailers and reveals for Total War: Warhammer III, the massive strategy game that’ll wrap up Creative Assembly’s trilogy depicting the Warhammer Fantasy Battles universe. Now, another video and some information have surfaced. It looks like Kislev will have a second legendary lord.

The first legendary lord, of course, is Empress Katarin Bokha, Kislev’s nominal ruler after the disappearance of her father, Boris. We’ve seen her abilities showcased before and there have been a few hints as to Boris’ whereabouts in the game. However, the second legendary lord is actually quite a surprise. His name is Kostaltyn, the Supreme Patriarch of the Cult of Ursun and Leader of the Great Orthodoxy.

There are many factors that make Supreme Patriarch Kostaltyn an interesting choice for Kislev’s second legendary lord in Total War: Warhammer III. Chief among them are the aesthetics. The guy just oozes Rasputin vibes, so there’s a good chance that he’ll use magical spells and buffs.

Another reason would be the terms that are used. In the lore, Kislev’s Cult of Ursun has people who worship the Father of Bears. However, the Great Orthodoxy seems like it’ll combine the worship of three deities in Kislev into one pantheon. Apart from Ursun, this could include adherents of Dazh (god of fire and the sun), and Tor (god of thunder and lightning).

The Ice Queen, Tzarina Katarin Bokha, and Kostaltyn, Supreme Patriarch of The Great Orthodoxy ready themselves to stand against the Hordes of Chaos 👹 pic.twitter.com/Ju4S2kdgfC

There’s also another nifty hint from Creative Assembly’s Andy Hall, the principal writer for the Total War: Warhammer trilogy. Hall tweeted that Adam Troke, who’s part of Games Workshop, was the one who created Kostaltyn. We can surmise that Games Workshop’s upcoming relaunch of the Warhammer Fantasy Battles tabletop, known as Warhammer: The Old World, would go hand-in-hand with what Creative Assembly plans for Total War: Warhammer III. As such, there’s a chance that Kostaltyn will be part of the tabletop as well.

Lastly, the Brass Citadel Survival Battle video did show a Patriarch, but I’m guessing that fella might be a hero unit instead since the Supreme Patriarch, Kostaltyn, counts as the legendary lord. It looks like we’ll have duels between Kostaltyn and Balthasar Gelt to see who’s the better Supreme Patriarch in the Warhammer world.

There won’t be news on Hollow Knight: Silksong at E3