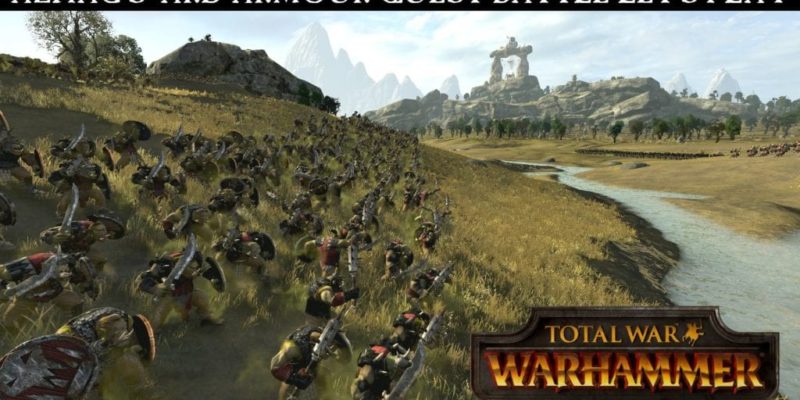 The latest in-game video from Total War: Warhammer features a quest battle from Azhag’s campaign, in which the magical hat-wearing orc faces off against Bretonnians.

It’s a narrated, 12 minute play-through (much like the Empire and Dwarf battles released previously), with the difficulty said to be set on ‘hard’. You get to see some early tier orc and goblin units, like goblin archers, basic orc boyz, wolf-riders and the like, as well as a few units from the Bretonnian ranks (not, currently, a playable faction – but they probably will be at some point).

There’s also confirmation that ‘guard mode’ will return as an actual button toggle in Total War: Warhammer, rather than it being the more contextual ‘what did you last tell your unit to do?’ system seen in Rome 2.

The game is due for release 28 April. Given the total lack of Vampire Count information to date, there’ll most likely be a fair bit of focus on them throughout March (at least, you’d hope, since the game’s coming out soon after).

By Matthew Loffhagen26 mins ago
News