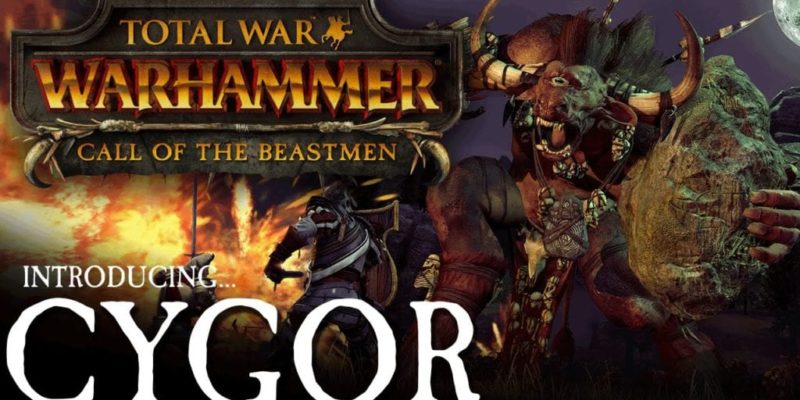 Since confirming the Beastmen DLC the other week, Creative Assembly haven’t been shy with the new Total War: Warhammer details. They did a Q&A about the upcoming (28 July) DLC, and then released a video showing all of the spells in the Lore of the Wild magic deck.

One of those Lore of the Wild spells results in the Bray-Shaman summoning a Cygor; and that large, mage-hating beast is the subject of today’s video. Apparently his one eye can pretty much only see the souls of magic users like wizards and warlocks, and he’s quite upset about that; to the extent that he wants to chuck rocks at people until they die.

Here’s the video, featuring some concept art and in-development animations for this towering Beastmen unit.

Trials on Tatooine out today for HTC Vive, is free

The original Dead Rising is coming to PC