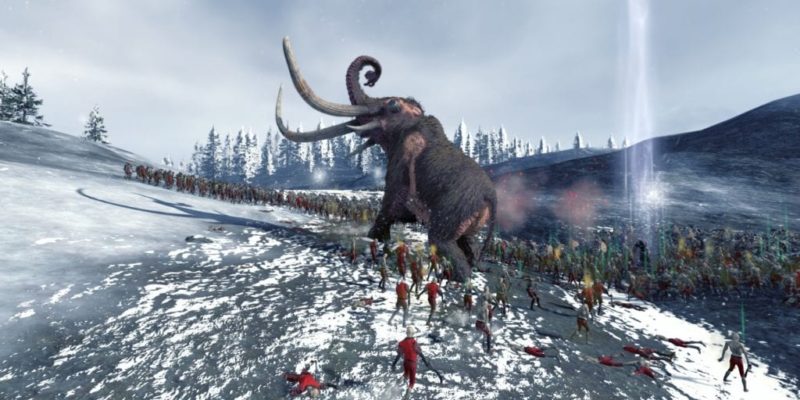 There’s a new opt-in beta patch (7.1) for Total War: Warhammer out today, which mainly addresses some Norsca bugs and does some early balancing. If you want to get it, do the usual Steam dance: right-click on the game in your library, go to properties, then the Betas tab, and find patch7.1publicbeta in the drop down list.

It’s 121mb in size and should start downloading automatically once selected. Downloading will take a while though, due to the way Total War: Warhammer patches by preallocating a whole lot of drive space for every patch.

The bugs being addressed include problems with the main Norsca quest chain if allies beat up the Chaos Challenger armies instead of you. Monster Hunt quest flow has also been changed to prevent situations where they could break. In terms of balancing, Marauder Hunters (Javelins) are getting an increased cost (100) and less ammo (12 from 16). Skinwolves are going up in cost too, perhaps unsurprisingly.

Fixed some inappropriate text in the Russian localisation.
Improved the flow of Monster Hunt chains, so players progress will no longer be blocked. This will take affect from new saves.
Assembly Kit – fixed some errors in TERRY, which were preventing maps from being exported.
All the Norsca agents will now give off the correct passive Chaos Corruption.
When an ally kills a Challengers of Chaos army in the Norsca end game, the mission chain will no longer be broken, and the player will not be blocked.
During the narration at the start of some of the Monster Hunt battles, the VO will no longer stop prematurely in German.
In the main menu, the “(modded)” notification will now only display when mods are being used.
Fixed a rare bug where Archaon wouldn’t appear in Legendary Difficulty, when the player saved after the Campaign victory, then re-loaded.
Fixed a Multiplayer Campaign Crash caused by 1 player selecting “Retreat” on the pre-battle screen when another player is reinforcing them.
Fixed a rare bug where the Challengers of Chaos army in the Norsca end game would become completely stationary if the player asks another faction to Join War against them.
Fixed a bug where in rare cases, the Waywatchers’ Hawkish Precision ability would be replaced with Unbinding.
Corrected an inconsistency between the audio and text in Spanish when the player aligned with the Serpent god during a Norsca Campaign.
The “In Progress” and “Completed” notifications in the Monster Arcanum book in the Norsca Campaign are will now display correctly in Traditional Chinese, Simplified Chinese and Korean.
Fixed some gaps in the Sons of Ghorros, and Butchers of Kalkengard models’ necks on low or medium unit details.
Chaos replenishment bonuses from technologies will now work outside of allied regions.
Norscan Marauder Chieftains are no longer missing items in custom battle mode.
The Apocalyptic Charge ability of the Swords of Chaos Regiments of Renown has been fixed.
Game Guide – When using the Comparison Tool to compare units in the Game Guide, the “Race” field, which shows the race icon will no longer appear blank.
Game Guide – Fixed some placeholder icons in the Game Guide for Occupied buildings of Norsca’s special settlement which is linked with technology.
Game Guide – The “Controlled Faction” field will no longer always remain empty on the Maps page.
Game Guide – In Portuguese-Brazil language, the “Wintertooth” faction name will no longer have letters clipped / cut off in the “Races” list.