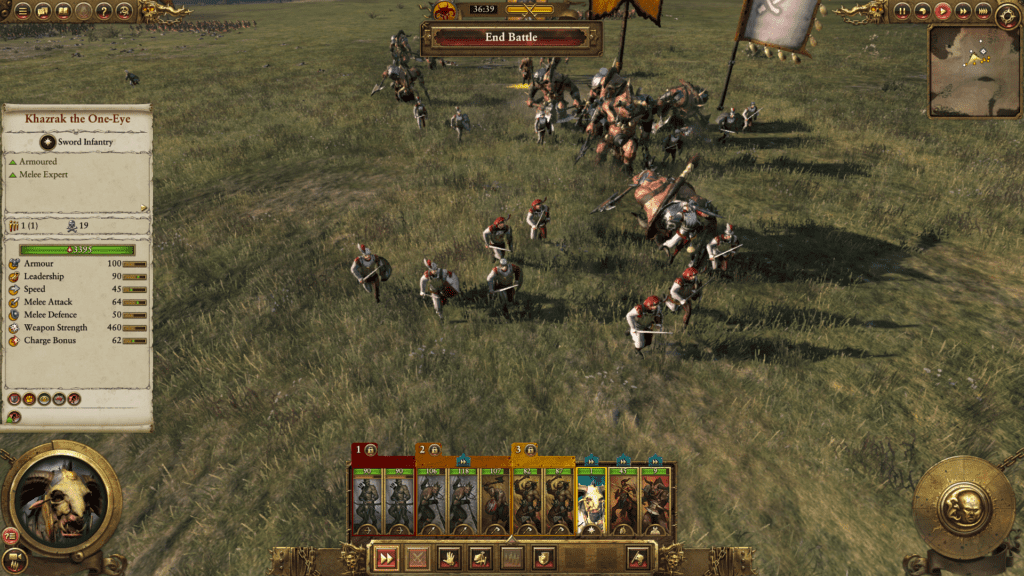 Make the most of the incredibly overpowered Total War: Warhammer ‘Devolve’ spell, because a hotfix beta patch released today applies a much-needed nerf. The beta is currently ‘opt-in’ on Steam, but will be rolling out to all versions of the game in due course. Update 4 August: It should be live for everybody today.

The hotfix patch also addresses a few more issues from the Call of the Beastmen DLC, including a few potential crashes. Trees will no longer be missing from maps in the ‘Eye for an Eye’ campaign affected by Chaos corruption, and people who don’t own the DLC will now be able to view Lores of the Wild and Amber in their spell browsers.

This patch also amends and alters some of the campaign victory conditions in the Eye for an Eye mini-campaign. “Destroying Middenheim” is now an ultimate objective, among other things.

If you want to opt in to the Total War: Warhammer beta patch, right-click the game in your library, navigate to ‘Properties’, find the Beta tab, select ‘beastmenhotfix -‘ from the drop down menu, and then let Steam do its stuff. You may need to restart Steam to prompt the Beta to show up, or for it to begin downloading. Your version of the game should be 10953.909200 after updating.

Opting in to the beta will restrict your multiplayer matching to others who are in the beta. You can opt out again at any time by following the same steps as above, but removing the hotfix from the drop-down menu.

Here are the patch notes:

Overwatch kicks off Summer Games with new loot and mode