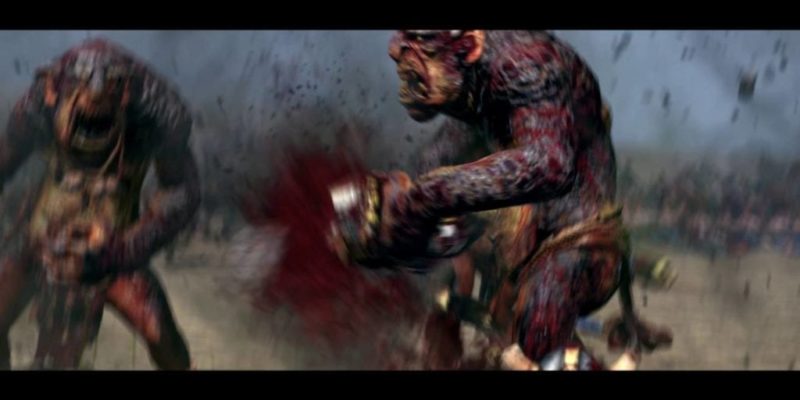 The now-traditional ‘Blood and Gore’ DLC for Total War games looks to be coming the way of Total War: Warhammer very shortly, if this leaked trailer is any indication. Located by industrious Russians, it advertises something called Blood for the Blood God (referencing the lovely Chaos God Khorne).

Since at least Shogun 2, Creative Assembly have been releasing their 18-rated blood-n-guts animations as separate, paid DLC. The usual explanation is that in order to secure a 16+ rating, that stuff had to be removed during certification. They’ve never quite explained why they then always charge a couple of quid for it, but there we go.

It’s not clear yet whether Total War: Warhammer’s equivalent will priced the same as Rome 2’s ($3.00 USD/£2.00 GBP). The Rome 2 one was more expensive than Shogun 2’s, so hopefully inflation won’t strike again here.

Update 30 June: Blood for the Blood God is out now. It costs $3.00 USD again. The official trailer, featuring all sorts of marvellous dismembering, blood-splattering, and grotesque rending of flesh in honour of top blood man Khorne, is below.

FIFA 17 Gets The Exclusive Rights Of The Japanese Championship