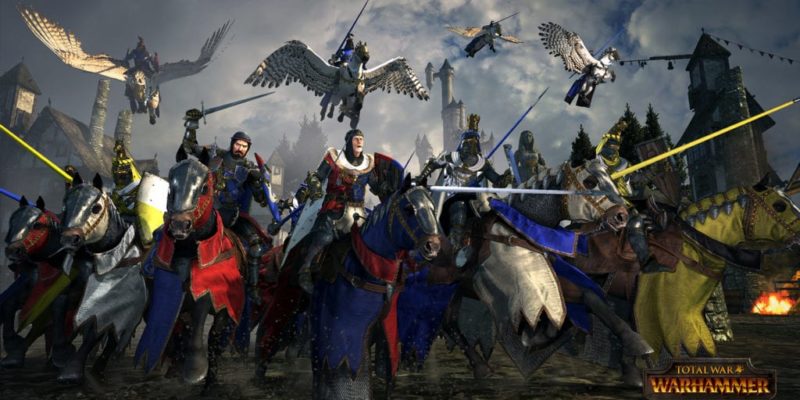 The latest issue of the long-running, Games Workshop produced magazine White Dwarf contains a short paragraph about the Bretonnian faction in Total War: Warhammer. A poster in the Total War subreddit with the appropriate flair “Crying Bretonnia Fanboy” provides a snapshot of said passage.

Some of it is information people already know, such as the fact that Creative Assembly are working up to a free release of Bretonnia as a playable campaign faction (their current status has them playable in custom/multiplayer battles, but not the main game). The time frame of “the coming months” isn’t too enlightening either. A full Bretonnia release has always been expected in Total War: Warhammer in the near(ish) future.

However, the reference to “a host of new units, lords, and legendary characters” is pretty interesting. The Bretonnian tabletop roster is a fairly slim one, and most of the units are already represented in Total War: Warhammer (a few, like Knights Errant, are still absent). White Dwarf’s blurb implies that Bretonnia will be getting characters like The Fay Enchantress or The Green Knight (perhaps both?), as well as, perhaps, a few expansions plucked from Warhammer fiction.

The upcoming Grim and the Grave DLC features multiple units from the ‘Sigmar’s Blood’ campaign, indicating Creative Assembly have the go-ahead to delve into some of the slightly more obscure places for unit and character inspiration. With the default Bretonnian line-up in need of beefing up, the studio may have to hunt down a few ideas outside of the regular army books. Either that or fill up the roster with fancy magical ladies on unicorns. 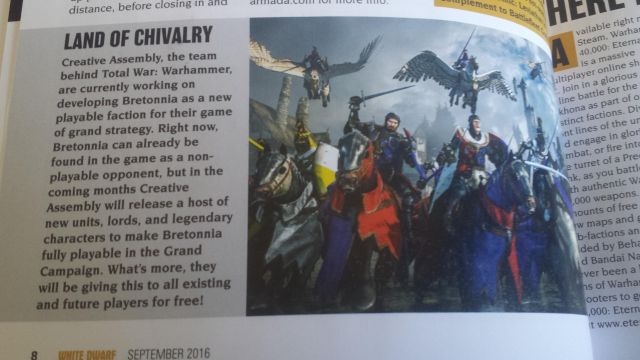 Firefall appears to have quietly shut down as everything vanishes – Updated

Humble Sierra Bundle has all those games added to Steam yesterday