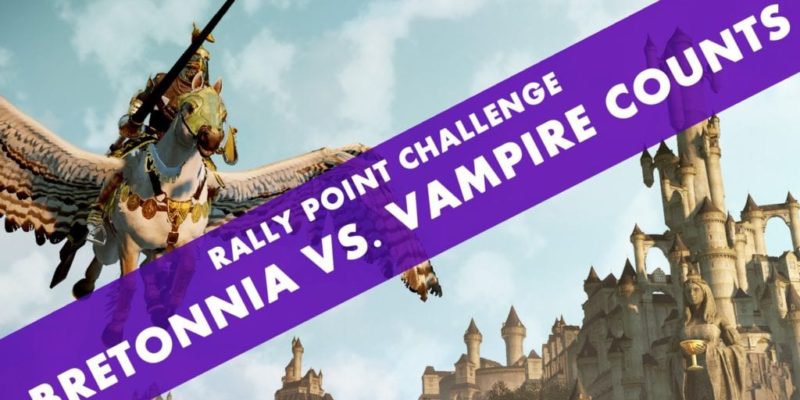 Creative Assembly has announced that the Bretonnia race will be playable in Total War: Warhammer.

The Bretonnians will make an appearance in the game’s custom and multiplayer battles, but not in the Grand Campaign.

Characterised by a range of powerful armoured units, including the iconic barded warhorses and flying Pegasus Knights; Bretonnian battle tactics frequently revolve around shattering and unstoppable charges. Also of note is the devastating Trebuchet artillery, and the numerous massed ranks of archers, capable of filling the air with swarms of arrows. While Bretonnian armies might lack the huge monsters that other races can often employ, they can bring to bear powerful magic users in the guise of Enchantresses; capable not only of offensive spells but also powerful buffs to further enhance their knights to superhuman levels.

A new video from CA shows a Bretonnian city being besieged by the Vampire Counts in a muiltiplayer match.