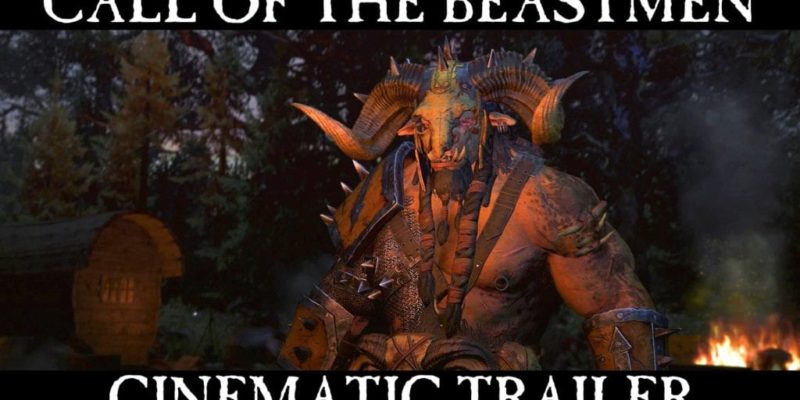 In what must now surely be one of the worst kept DLC secrets, Total War: Warhammer’s Call of the Beastmen DLC (presently unlisted) trailer has been discovered and posted to Reddit.

The Beastmen were hinted at a couple of days ago in a teaser image of a letter posted to the Total War: Warhammer Facebook page, and then pretty much confirmed earlier today when a second teaser image briefly had the name ‘Beastman_Teaser.png’.

They’re now absolutely officially confirmed by the official Creative Assembly trailer, which gives the release date of 28 July. There’s also a Steam store link which (at the time of writing) isn’t fully active. No doubt that’ll start working when the Beastmen are ‘properly’ announced; which you’d imagine will be sooner rather than later, given all this.

Price details and more information about the full contents of the Call of the Beastmen DLC will be released before too long, I’m sure.

17 Minutes Of Gameplay For Raiders of The Broken Planet