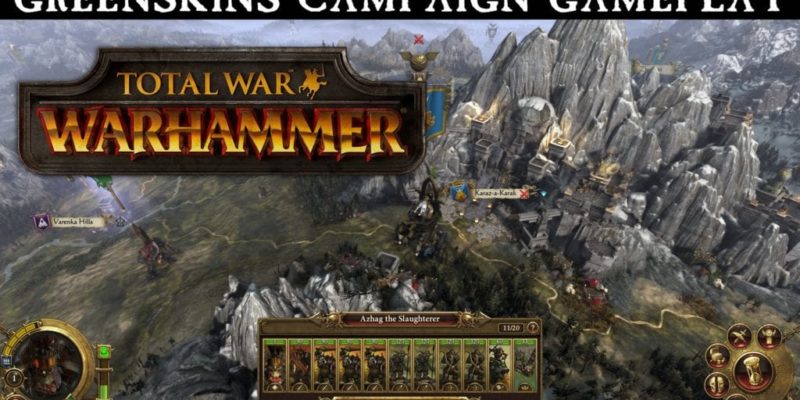 Creative Assembly has released a few trailers for Total War: Warhammer and today they are finally ready to show some of the Grand Campaign in action.

This new video joins the action part way through a Greenskin campaign, and demonstrates the various gameplay mechanics. The video gives a great overview of the campaign map which Creative Assembly say is the “most detailed and graphically impressive campaign map”  they’ve ever created for a Total War game. It is pretty impressive; and to demonstrate the detail they’ve used fly-by camera for the purposes of showing the scope and intricacies of the world map.

As well as the campaign map, the video also covers city management and a few more things.