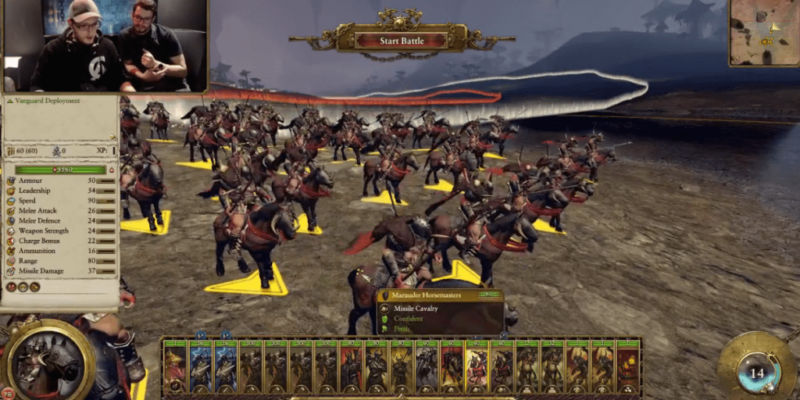 The Chaos faction in Total War: Warhammer are getting a bit of a free roster boost next week, with three new units on the way. As well as a new Greenskin Lord, Wurrzag the Savage Orc Shaman, 20 October will deliver Chaos a few new troops.

They’re listed at the bottom of this page as Feral Manticores, Marauder Horsemasters, and Aspiring Champions. You can see all of those guys in an archived livestream put up by Creative Assembly today. It also shows off Wurrzag, but if you just want the Chaos bits those start around 1hr 03min into the video.

Aspiring Champions are a “low-ish tier” swordsman infantry unit for Total War: Warhammer, with ‘armoured and shielded’ plus Vanguard deployment. The Marauder Horsemasters look like slightly better Marauder Horsemen (and throw spears instead of axes). Finally, the Feral Manticore will be familiar to those who’ve ever summoned an Manticore with Beastmen magic. It’s a terror-causing, flying beast.