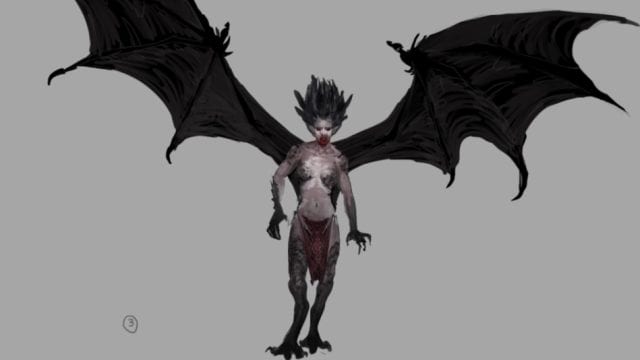 The latest Creative Assembly livestream of Total War: Warhammer has confirmed some a new Lord, new units, and some new lores of magic for the game. That stream is still ongoing at the time of writing, but once it’s archived you’ll be able to watch it back here.

Probably the biggest news is that those who own the Beastmen DLC will be getting a new Legendary Lord (Morghur) for free, as well as the oft-requested Harpies. Morghur is a walking embodiment of corruption and will appear as an antagonist in the mini-campaign that’ll be bundled with the upcoming Wood Elf DLC. It doesn’t seem like he’s playable in that mini-campaign, but will be playable on the main map if you own Beastmen. He has the power to turn enemy units in literal Chaos Spawn (which will be implemented in-game).

Update: Morghur may, in fact, be playable in the mini-campaign, because it’s going to have both co-op and head to head multiplayer options. Sorry for any confusion there – back to the rest of the story.

It hasn’t yet been mentioned whether Morghur will have his own separate faction within the Beastmen (like Skarsnik and Wurrzag for the Greenskins). I think I caught that his campaign Legendary Lord start will be in Nordland, but I’d have to double check to be sure on that point.

Harpies are the same winged ladies you may recall from Greek legend, and (in tabletop at least) were incredibly useful for harassing enemy war machines. Dark Elves employ their services too, so Creative Assembly are saving themselves a little time there.

In addition to the Beastmen extras, the Total War: Warhammer stream confirmed that the lores of Shadow and Life will be coming to the game. Vampire Counts will be able to make use of the lore of Shadows. Unicorn mounts for Wood Elves were also mentioned as happening.