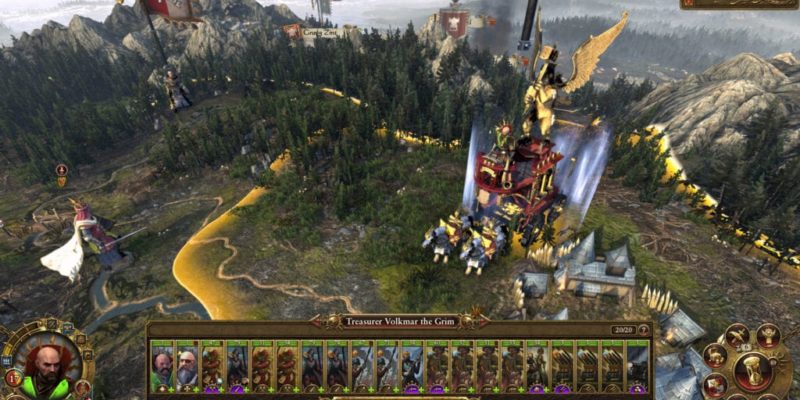 One of the two Legendary Lords included in the upcoming Grim & the Grave DLC for Total War: Warhammer is Cult of Sigmar head Volkmar the Grim. He’s what you might call ‘dedicated’ to the cause, and his abilities reflect this fervent devotion.

A new page in the Total War: Warhammer wiki describes Volkmar as a “holy terror” on the battlefield, and features an image running down the six abilities he’ll possess in the game. Two of them (‘War Eternal’ and ‘The Work of God’) are direct buffs to Flagellants, the semi-naked nutters who’ll also be part of Grim & the Grave. The former ability gives them a charge bonus, while the latter offers missile protection (probably pretty useful, since they don’t wear much).

The ‘Grand Hammer of Sigmar’ will boost Volkmar’s melee attacks and increase the splash damage radius, while ‘Grand Shield of Faith’ will increase his (and nearby allies’) damage resistance. ‘Grand Soulfire’ meanwhile sounds like another area-of-effect ability; one which increases magical resistance and does magic damage to nearby foes.

Finally, Volkmar’s War Altar of Sigmar gives him a boost to armour, movement speed and his charge. The Grim & the Grave DLC will be released for Total War: Warhammer on 1 September. Here’s Volkmar: click the image for a larger version. 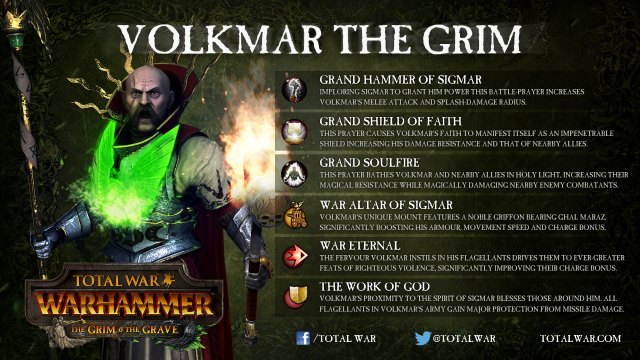 The Division DLC delayed to improve the “core gameplay experience”