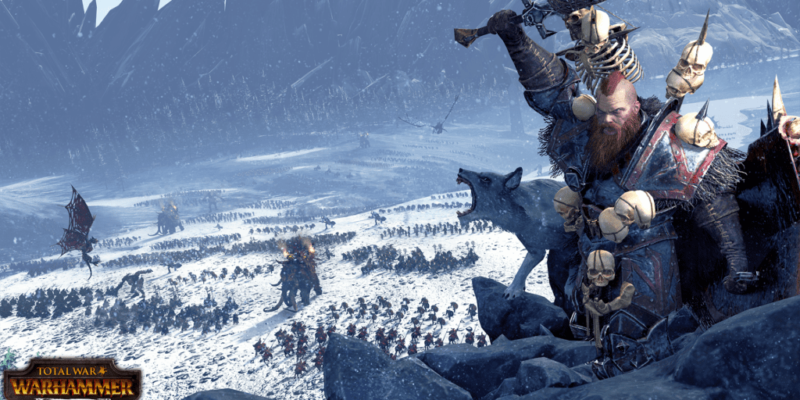 Creative Assembly have put together another one of their Total War: Warhammer Legendary Lord skill summary images for Wulfrik. He’s one of the two Legendary Lords for Norsca (the other being Throgg), coming in the DLC on 10 August.

Like other images of this type, it’s light on actual stats. But there’s a fair amount to be discerned from the text.

Wulfrik will get additional weapon damage from the Sword of Torgald (if he goes on the associated quest for it), and has a higher chance to ambush and intercept enemies (as part of his eternal mission to go around beating up other champions). Two of his skills relate directly to the Skinwolf units fielded by Norsca: Fervent Creatures sounds like it’ll buff the impact of charges and boost defense, while Devourers of Flesh looks like it’ll improve replenishment rates.

Alongside those abilities, Wulfrik’s presence will make Norsca mammoths “hit harder” (could be several things, but probably charge damage) and Fearsome Warriors sounds as if it’ll make the Berserk mechanic tick upwards more quickly for units like Berserkers.

Here’s the image. Click it for a larger version. Last week there was some Total War: Warhammer campaign footage from the Norsca DLC, so you can watch that too if you missed it. 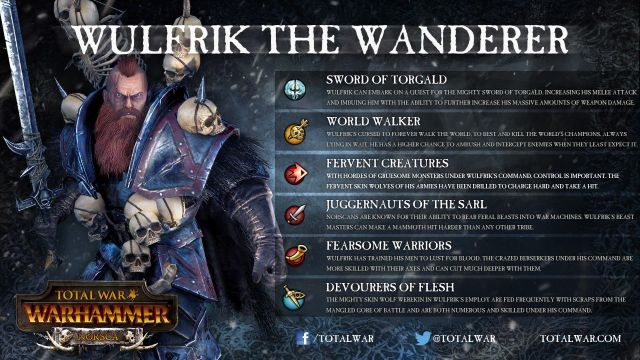