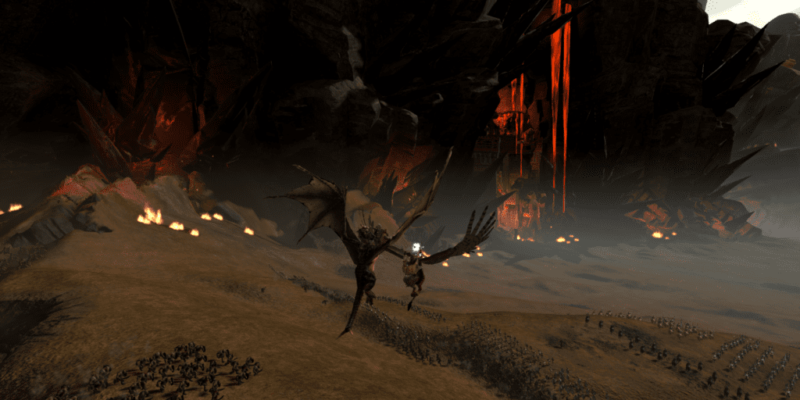 Total War: Warhammer got a huge patch earlier today, which included (beta) implementation of DirectX 12. As someone who actually has a set-up to take prime advantage of such a thing (Windows 10 plus recent-ish AMD card), it seemed like a fine opportunity to do a spot of benchmarking.

Helpfully, the latest update also added an in-game benchmark tool (under Advanced Graphics in the menu) that unleashes a quick wave of Orcs against a fairly sizeable Empire army. That’s what I’ve mostly used for this informal bit of performance analysis, with a bit of regular (and more anecdotal) gameplay comparison thrown in too. 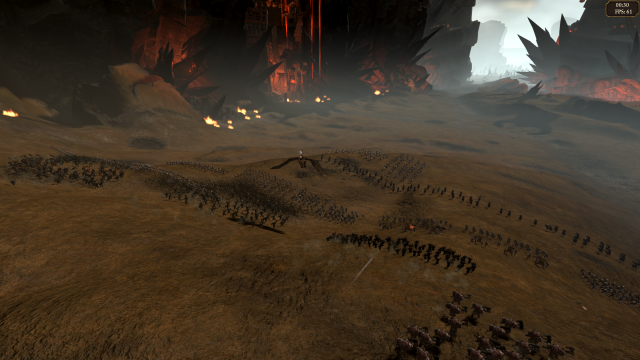 Gork and Mork embrace the idea of an eternal benchmark battle.

For benchmarking purposes, I ran the in-game tool for each of Total War: Warhammer’s graphics presets on both DirectX 11 and DirectX 12. These numbers are all at a resolution of 1920×1080.

Worth noting here that the game’s presets are a bit on the odd side; unit texture quality remains set to ‘ultra’ no matter what you choose, and the Ultra preset itself does not ‘max’ everything out (anti-aliasing, for example, can still go much higher). Nonetheless, they provide pretty decent points of comparison for DX11 and DX12.

I want to stress, in case it wasn’t obvious, that this isn’t super scientific. I didn’t run all the benchmarks multiple times to account for differentials in how the benchmark plays out (though repeating the Ultra one a few times it always seemed to be within 0.5 in terms of accuracy, so I doubt the numbers would radically change). That all declared, these basic results are pretty encouraging for DirectX 12-capable machines.

You’re looking at an additional 9-12 FPS on average, with the highest gains made towards the High-Ultra end of the preset spectrum. 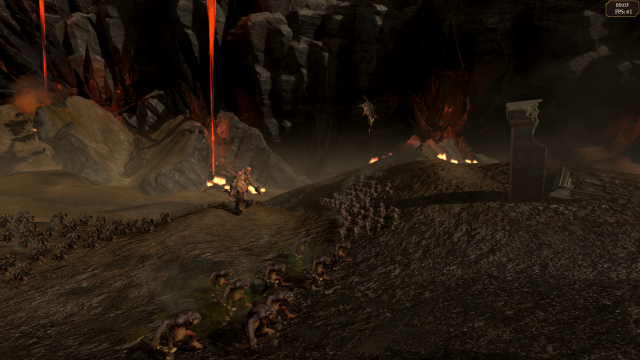 That’s consistent with what I’ve observed out in the ‘real’ game too. Battles that were hovering around mid-40s to upper 50s with my custom settings (mostly High with a bit of Ultra and AA set to FXAA) are now largely holding 60 or above, with occasional dips into the 50s. It’s a similar story with the strategic overview map, which would often plunge into the 30s during later stages of a campaign. With DirectX 12, this stays closer to the 40s.

This is all pretty much in-line with what I’ve seen with the only other major DirectX 12 release in my games collection: Hitman. Like Total War: Warhammer, that game gained 10FPS or so when played in DX12 mode (except for a brief period during Sapienza’s release when it seemed to be worse than DX11 for some weird reason).

While I can’t speak for the Nvidia side of things, if you have a compatible AMD card (any listed at the bottom of the page here) and Windows 10 it’s a fairly straightforward decision to give DirectX 12 a try in this game. It could give you a decent boost.

By Tim McDonald9 hours ago
Features