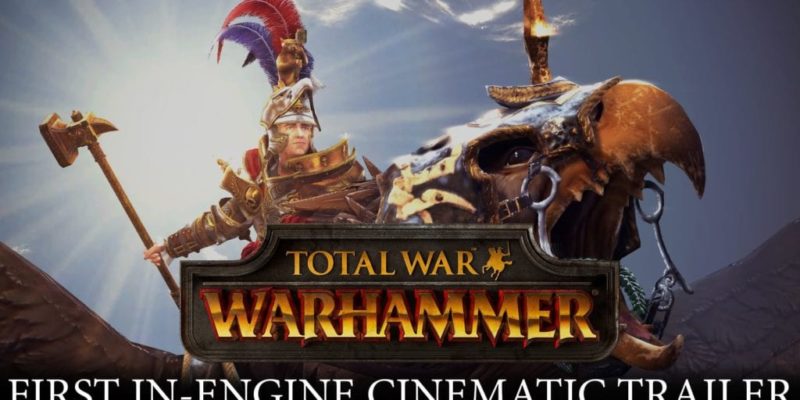 We know some of you have been wanting to see how Total War: Warhammer is really shaping up, and although this is not actual gameplay, it is a cinematic that’s been rendered in the game engine.

This in-engine video is the first in a series highlighting some of the well-known characters from the Warhammer fantasy series. Today, it’s Emperor Karl Franz, leader of the Empire.

Many of you want to see the actual gameplay because we all remember what the performance was like in Total War: Rome 2. The good news is that on the 30 July Creative Assembly will be releasing a developer walkthrough of The Battle of Black Fire, which was their E3 demo earlier this year.  This battle will also be available in its entirety so that’s definitely a video to watch out for.