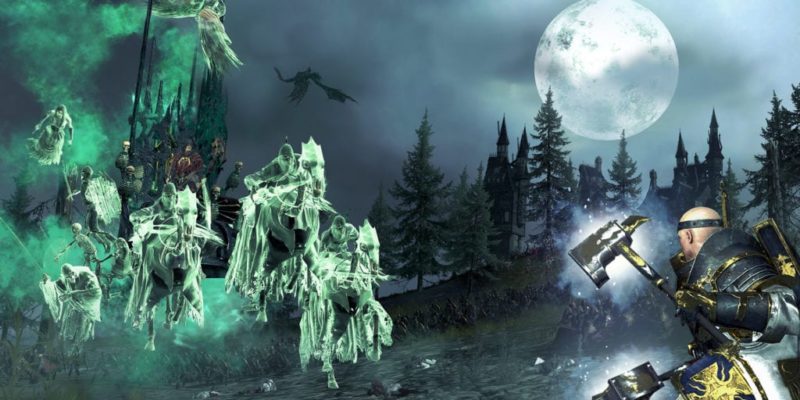 Details about Total War: Warhammer’s upcoming Grim and the Grave Lords Pack DLC appeared ahead of schedule yesterday, but it now has some official screenshots and a trailer. Thanks to those, you can get a better look at some of the new units and Lords coming on 1 September.

One bit of new information that wasn’t available yesterday is that the free Legendary Lord (there’s some freebie stuff coming alongside the paid Grim and the Grave release) will be Vlad Von Carstein. Everybody will get him, along with some new battle maps like this Warpstone one.

Those who want to pay $8.00 for the Grim and the Grave will get the following additions to Total War: Warhammer.