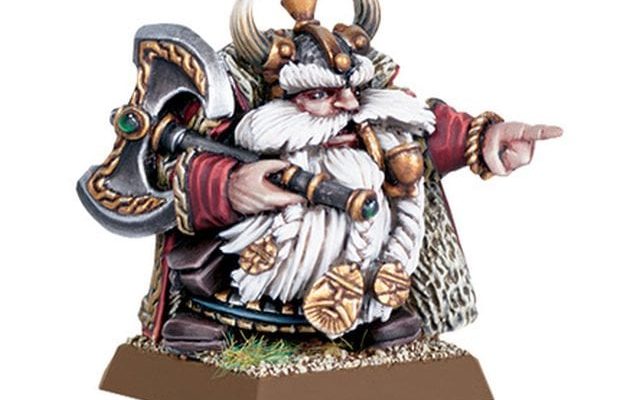 Creative Assembly may have found a new way to accidentally leak DLC information for Total War: Warhammer ahead of time, in the form of SteamDb entries. This is all a lot less conclusive than when a full trailer appears on YouTube or Facebook before an announcement, but it’s interesting nonetheless.

This Reddit post points towards a reference to ‘Grombrindal the White Dwarf’ DLC in the game’s Steam changelog. You can indeed see this listed in the history logs (or in the image I’ve taken below).

Of course, this could be an internal code-phrase referring to something unrelated to the Grombrindal character. It’s far too early to tell, really. If it is a literal DLC title, then it refers to White Dwarf magazine’s mascot character. He tended to get special rules published in the magazine itself, and is an ancient, mysterious Dwarf said to have the uncanny ability to show up in the faction’s most dire hour of need.

Since the just-released Grim and the Grave gave both Empire and Vampire Counts a new Legendary Lord, it’s fairly likely that a Greenskins/Dwarf pack performing a similar service will be in the works for Total War: Warhammer. Whether Grombrindal would be an LL, or more of a freebie (like Vlad), is obviously not known. And, again, this could all be an internal name for something entirely different. 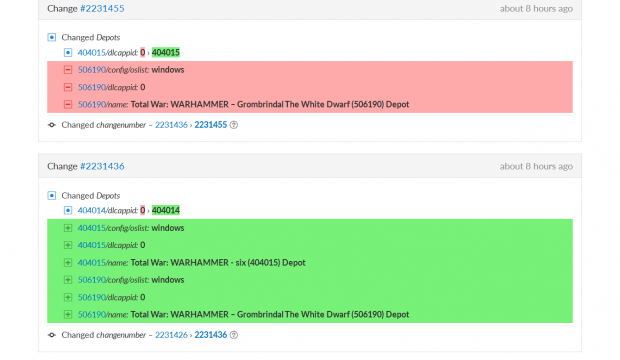 Call of Duty: Infinite Warfare multiplayer gets a pair of trailers