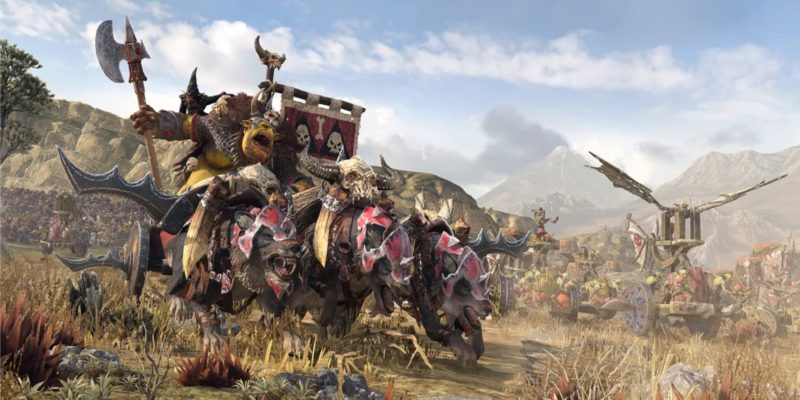 Total War: Warhammer II – The Warden & The Paunch is set for release on May 21. One of the newest legendary lords entering the fray is none other than the plump and tubby Grom the Paunch, a great Greenskin warboss and the only one to have successfully invaded the High Elf realm of Ulthuan. Creative Assembly has also recently unveiled some of his gameplay mechanics in a Let’s Play video that you can watch below:

Unlike most goblins, Grom the Paunch is unique due to his sheer size thanks to eating troll flesh and his insatiable hunger. In Total War: Warhammer II – The Warden & The Paunch DLC, this is depicted by way of the Grom’s Cauldron feature. This gameplay mechanic allows Grom to search far and wide for recipes and ingredients that he can add to his cauldron. Doing so not only boosts Grom’s capabilities, but you also gain buffs to various units. These buffs last for a number of turns or until you switch to another recipe.

For instance, combining Troll Meat and Stunty Ale creates the Magnum Pizza which has the following effects for 15 turns: 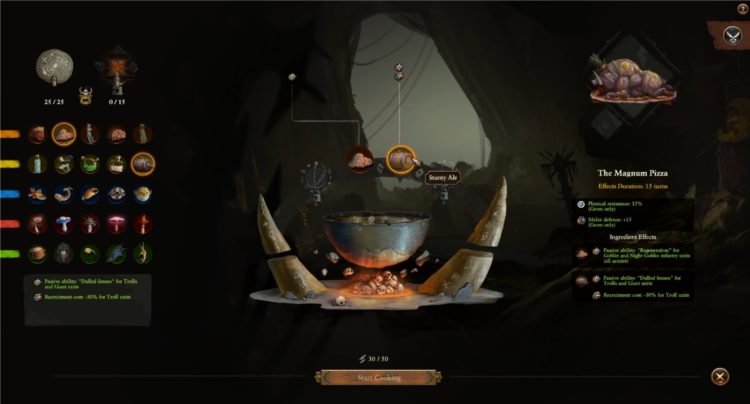 The tubby lord can also field various Greenskin units such as a variety of Snotling Pump Wagon units (including Flappas that can bounce around and Spiky Rollers that slice and dice across the battlefield). You can also deploy River Trolls, Stone Trolls, and the Giant River Hag Troll (which has access to Lore of Death spells). The Rogue Idol (of Gork or Mork), meanwhile, is a gigantic construct that crushes anything in its path while providing leadership bonuses. It can soak a lot of damage and, the more damage it suffers, the stronger it becomes. The Regiment of Renown version (Da Big ‘Un) can even act as an artillery unit as it lobs boulders to break down castle walls.

The Warden & The Paunch DLC will also release alongside a free update that’s available to all Total War: Warhammer II players. Those who pick Grom the Paunch for their campaigns will be able to check out the overhauls to Greenskin factions. These tweaks include revamped “WAAAGH!” mechanics and the usage of scrap to upgrade your troops. 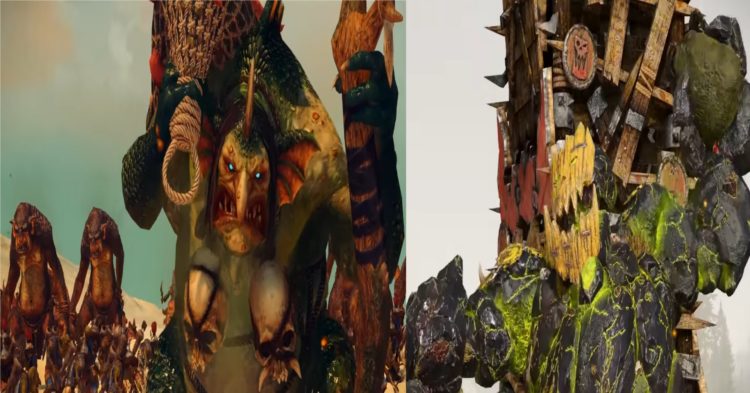 Total War: Warhammer II – The Warden & The Paunch DLC releases on May 21. You can grab it via Steam for $8.99 and you can also check out the official FAQ page for more information. As usual, stay tuned for our guides and features hub that covers all the campaign mechanics and tricks once the new content becomes available.

Loba struts into Apex Legends with style and thieving abilities