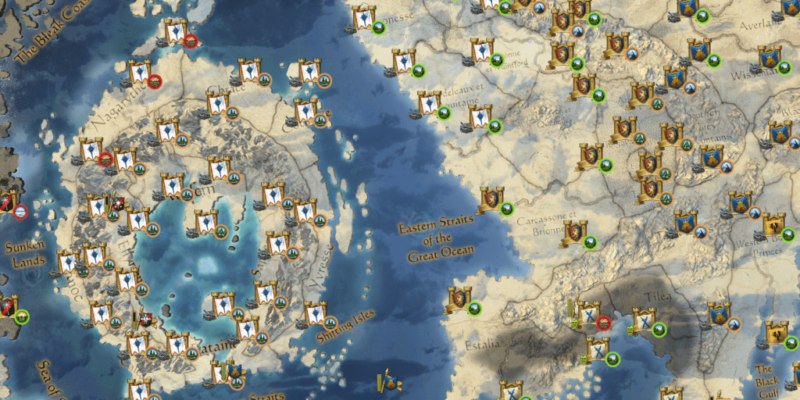 According to that same twitter thread, Mortal Empires will be playable at TwitchCon (20-22 October Long Beach, California). A trade convention may not be the best possible place to try out a lengthy strategy game, but hey, it’ll be there. The regular 3pm (BST) Total War: Warhammer 2 Wednesday livestream will be doing some Free-for-All battles with New World versus Old World factions, too. No campaign stuff there though.

To play the Mortal Empires campaign you need copies of both Total War: Warhammer 2 and Total War: Warhammer (but the latter doesn’t actually have to be installed, just existing in your Steam library). It enables control of all released factions (dependent on whether you own the DLC for them or not in some cases) across a larger map; all of the Old World, and significant portions of the New World. As mentioned in prior Mortal Empires stories, things have been condensed, and some areas like the Southern part of Lustria will be missing.

Some aspects from Total War: Warhammer 2 will carry over into Mortal Empires, while others will not. The objectives will be conquest-based (so no Vortex stuff), and Old World factions will not get Rites. However, the Old World will get the new climate-based settlement system, and changes like the increased number of building slots on capitals. The UI will be the Warhammer 2 one. This release will also open up the Old World factions for use in multiplayer battles.

The ‘Blood and Gore’ pack for the sequel is scheduled for launch at the same time as Mortal Empires. If you own it from Warhammer 1, then you’ll automatically own it for Warhammer 2. It’s fairly likely that Patch 1 for the game will be coming on or around the 26 October release date too.